US concerned by arrest of murdered Palestinian teen's relative in Israel 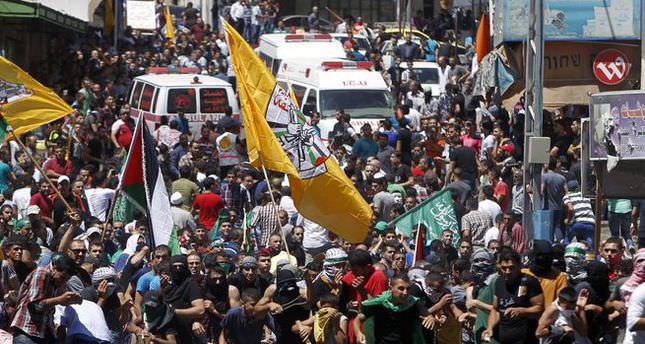 by Associated Press Aug 22, 2014 12:00 am
The U.S. government has raised concerns about Israel's arrest of a Palestinian teenager with American citizenship whose cousin was burned to death by Israeli extremists earlier this summer.

The State Department says it was never notified by Israel after Mohammed Abu Khdeir was arrested at his home in east Jerusalem on July 28. It also says Israel appears to be targeting members of the Abu Khdeir family for arrest.

"The U.S. Consulate General in Jerusalem is providing consular assistance ... The consulate is also in contact with Mr. Khdeir's family and his lawyer," State Department spokeswoman Marie Harf said Wednesday in Washington, expressing concern "about the fact that members of the Khdeir family appear to be singled out for arrest."

Relatives say that 19-year-old Abu Khdeir — born in Baltimore — was arrested at his home after participating in protests following the killing of his 16-year-old cousin on July 2. Another cousin, 15-year-old Tariq Abu Khdeir of Florida, was badly beaten by police the same week. That beating, captured in an amateur video, sparked international outrage and helped lead to his release.

An autopsy found evidence that 16-year-old Abu Khdeir was burned alive before police discovered him in a Jerusalem forest. The disturbing death, allegedly by Jewish extremists, came in response to the kidnapping and killing of three Israeli teens by Hamas operatives on June 12, and sparked days of protests in east Jerusalem.

Issa Abu Khdeir, father of the 19-year-old American national, said by phone that he and another son were also detained for questioning by Israeli police on July 16. The father says he was released five days later, but that his elder son, who is not a U.S. citizen, remains in detention.

"Why were we arrested, because we participated in protests? Because we stand with our family? What's our crime?" the father said Thursday. "They're the criminals."