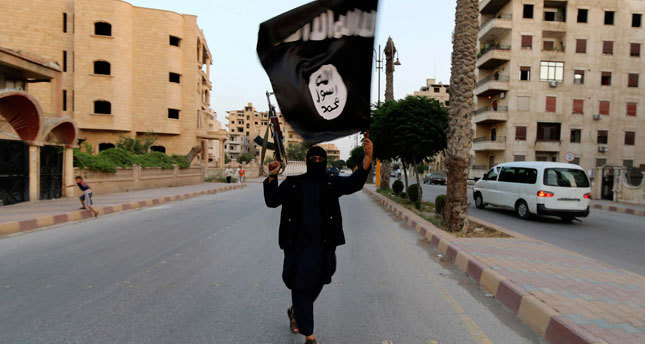 ISIS, which exercises extreme brutality, provides infrastructural and other kinds of municipal services to ensure the support of tribes that were fed up with Baghdad's sectarian policies

The Islami c State of Iraq and al-Sham (ISIS), which has been carrying out its activities in Iraq since the U.S. invasion in 2003 under various guises, has become one of the most powerful groups in the world, capable of taking over and administrating cities in Iraq and Syria. The group, which has an extremist understanding of religious jurisprudence, even changes people's daily habits. Drugs, alcohol and cigarettes are forbidden. Carrying weapons and non-ISIS flags is illegal. All shrines and graves will be destroyed, since they are considered polytheistic elements. Women must dress modestly. ISIS is changing the tradition of the people. Yet, there is no challenge to ISIS so far.

There is no challenge because of ISIS's brutality and the idea that any administration is better than Baghdad for the Sunni residents of Iraqi cities.
The U.S. is hitting ISIS targets, aiming to remove the group from Iraq because they seem like a cancer that spreads and sickens the region. Joint Chiefs of Staff Chairman General Martin Dempsey yesterday said, "This is an organization that has an apocalyptic end-of-days strategic vision and which will eventually have to be defeated." However, he added, "ISIS will only truly be defeated when it is rejected by the 20 million disenfranchised Sunnis that happen to reside between Damascus and Baghdad." Dempsey implies that Sunnis must side with the U.S. and other anti-ISIS countries.

Yet, what the U.S. and others offer is another Baghdad administration. A non-Iraqi person, who worked in Mosul before ISIS captured it and speaking on the condition of anonymity, said: "There were checkpoints every 100 meters. Life was quite difficult. Even going to work or going back home was a problem due to the soldiers of al-Maliki (former Iraqi prime minister who was replaced with the current one, Haidar al-Abadi). It was not better than how Israelis treat Palestinians." It is understood that the people residing in Mosul and other Sunni-dominated cities captured by ISIS are in a dilemma.

ISIS, which does not hesitate to call anyone a "heretic" and to kill if it faces any confrontation, is no worse than the Baghdad administration that imposes strict sectarian policies. Sunnis suffer from the fact that no other alternative exists. ISIS tries to keep the Sunnis, especially the tribes that are able to orientate and conduct thousands of people, happy and satisfied by providing services, including consumer services and infrastructural services.

ISIS makes propaganda by putting slogans and pictures on billboards to emphasize the importance of "jihad" and "sharia," and women's modest dress. They also open schools, have their own syllabus, deliver religious lectures in villages, teach children the importance of jihad and explain to women how they should act in society. ISIS militants also talk bluntly to tribe leaders and explain their ideology.

In return for obedience, ISIS provides services. The group has a bureaucratic system, establishing departments to deal with people's problems. Besides the fighting militants, they have a police department, which is responsible for preventing theft and any other action that may damage the public order. A Consumer Protection Authority inspects markets and controls the quality and freshness of food. The group runs an electricity office that monitors electricity-use levels and builds new power lines. The militants fix potholes, bus people between the territories they control, rehabilitate blighted medians to make roads and operate a post office. The militants have also developed health and welfare programs. ISIS helps run bread factories and provides fruit and vegetables to people regularly.

Despite these services, ISIS is repressive against anyone who does not abide by the rules. There is no option for violating a rule, and the punishment is very heavy. It is easy for the ISIS judiciary to decide on the death penalty and execute people. Also, ISIS has zero tolerance for Shiites, let alone other Sunnis sects like Sufis. Yet the group makes pragmatic decisions and allies with the tribes. In a propagandistic way, the group converts people to their belief gradually while strengthening power militarily.

As Dempsey underlines, the U.S. and other countries combatting ISIS must offer an alternative to the Sunnis to stop them from supporting ISIS.
Last Update: Aug 23, 2014 1:16 am
RELATED TOPICS