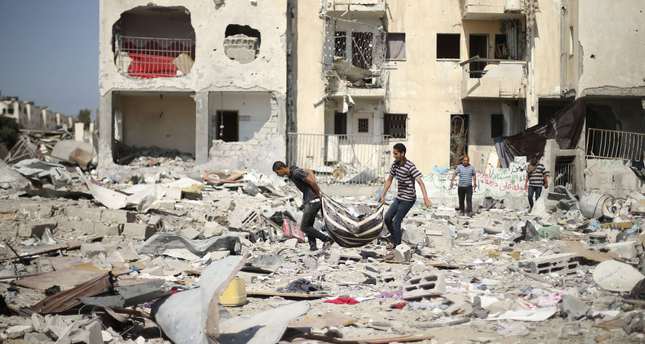 by Associated Press Aug 23, 2014 12:00 am
Witnesses say an Israeli airstrike has collapsed a 12-story apartment tower in central Gaza City.

The blast sent a huge ball of fire and a black cloud of smoke into the air. The explosions shook neighboring buildings.