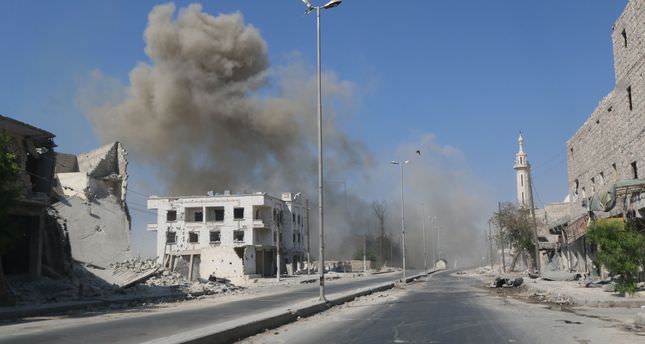 by AA Aug 23, 2014 12:00 am
At least eight people died in Syria's northern al-Raqqah city when Syrian regime fighter planes bombed a hospital on Saturday, according to opposition activists.

The injured are currently being hospitalized.

Al-Raqqah has recently been home to clashes between Assad forces and fighters led by the ISIS militant group.

Syria has been gripped by civil war since March 2011. Last month, the Syrian Network for Human Rights reported that more than 133,000 people had been killed in Syrian regime attacks.

The threat from the armed groups spearheaded by the ISIS has added to the already volatile security situation in the war-ridden country, as they are battling with the opposition groups in the country in a bid to expand the territory of their self-declared caliphate.