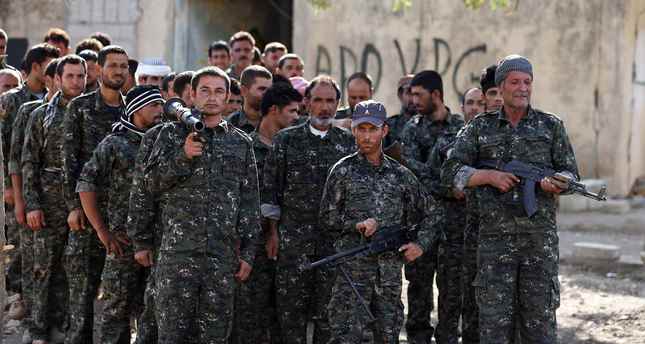 by AA Aug 23, 2014 12:00 am
Around 2,500 Yazidis have been receiving military training to fight the ISIS in northern Iraq, Kurdish security sources have said.

The training, conducted by the Syria-based Kurdish Popular Protection Units, was carried out near Mount Sinjar, where thousands of Yazidis were hunted down by ISIS militants after being forced out of their homes three weeks ago.

Kurdish sources told The Anadolu Agency that the trainees were instructed to use assault rifles, rockets and mortars. They will join Kurdish forces currently fighting around Mount Sinjar.

Hundreds of Yazidis were massacred by ISIS militants when they attacked the area around Mount Sinjar and hundreds of women and girls were kidnapped.