Death toll in Gaza hits 2109 as Israel continues to attack 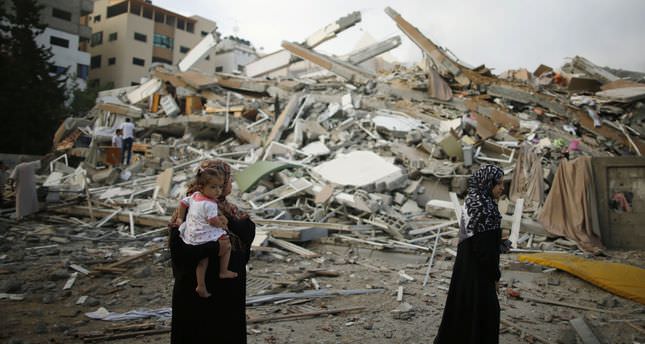 by AA Aug 24, 2014 12:00 am
Four Palestinians, including an infant, were killed Sunday and 20 others injured in two fresh Israeli attacks on the Gaza Strip, the Palestinian Health Ministry said.

The attack also left Mohamed al-Khodari, 17, dead and five others injured, he added.

Two other Palestinians were killed and 15 others injured when the Israeli warplanes pounded a house in Deir al-Balah city in central Gaza Strip, he said.

The latest fatalities brought up to 2109 the number of Palestinians killed in Israeli attacks on the Gaza Strip since July 7.

According to al-Qodra, the fatalities included 566 children, 265 women and 99 elderly people. More than 10,600 Palestinians were also injured.

Israel resumed airstrikes in the Gaza Strip on Tuesday following the collapse of indirect, Egypt-hosted talks aimed at hammering out a durable ceasefire deal.

While Israel accused Palestinian factions of breaking a temporary ceasefire with a rocket barrage, Hamas accused Israel of attempting to derail the truce talks in Cairo.