ISIS takes over parts of Syrian air base 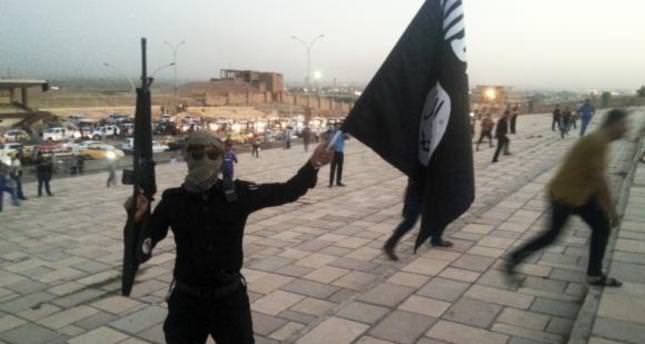 by Aug 24, 2014 12:00 am
Militants of the self-proclaimed Islamic State of Iraq and Sham (ISIS) stormed an air base in northeast Syria on Sunday, capturing parts of it from government forces after days of fighting over the strategic location, a monitoring group said.

The air base at Tabqa, some 40 km (25 miles) east of the city of Raqqa, is the Syrian army's last foothold in an area otherwise controlled by the ISIS group that has seized large areas of Syria and Iraq in recent months.

There were fierce clashes between ISIS fighters and government forces within the walls of the air base according to the Syrian Observatory for Human Rights, which tracks the violence in Syria using sources on the ground. Earlier on Sunday the Syrian air force had bombed areas around the base.

At least 100 ISIS fighters have been killed since Tuesday when the group first attacked the base, and more than 300 have been injured, the Observatory said, adding that at least 25 Syrian army soldiers had also died.

Syrian media did not carry any immediate reports on the latest assault. On Saturday Syrian state television and the national news agency showed measures used to protect the base and said Islamic State had suffered heavy losses in its attacks. It showed footage of bodies it said were militants.

The Syrian army sent reinforcements to the base overnight on Friday to fight ISIS, which controls roughly a third of northern and eastern Syria.

The city of Raqqa on the Euphrates river is ISIS's stronghold in Syria. The group, a radical offshoot of al Qaeda, has taken three Syrian military bases in the area in recent weeks, boosted by arms seized in Iraq.

To the west, the group withdrew from areas it controlled outside the Syrian city of Homs on Sunday and retreated east after coming under attack from rival Islamist fighters, the Observatory said.

Fighters from the group withdrew from a headquarters north of Homs on the orders of their leader Abu Bakr al-Baghdadi, the Observatory said, citing sources in areas north of Homs.

They said ISIS gave up the territory to Nusra Front, al Qaeda's official wing in Syria.

As well as Nusra Front, Western-backed rebels have also been fighting ISIS in Syria but have regularly been defeated by the group, which in June declared the so-called "Islamic caliphate" in the territory it controls.

Activists have accused the Syrian army of avoiding confrontations with ISIS because it has weakened rival rebel groups also battling Assad.