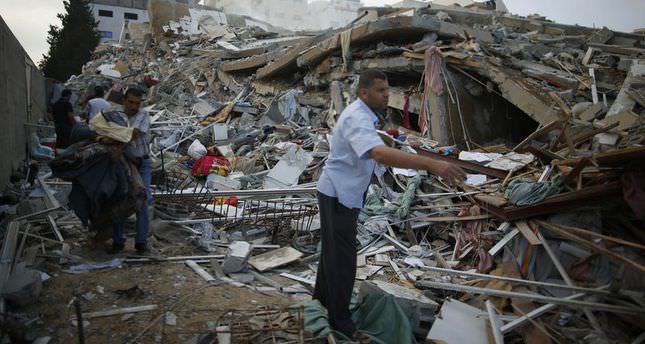 by AA Aug 25, 2014 12:00 am
A Palestinian woman was killed in a fresh Israeli attack on the Gaza Strip early Monday, taking the death toll from Israel's weeks-long offensive on the Palestinian enclave to 2123, according to a Health Ministry spokesman.

The new death brings to 2123 the number of Palestinians killed in relentless Israeli attacks on the Gaza Strip since July 7.

According to al-Qodra, the fatalities included 577 children, 260 women and 101 elderly people.

Al-Qodra said that at least 10,860 people have also been injured in the Israeli offensive.

Since hostilities began on July 7, at least 68 Israelis-64 soldiers and four civilians-have been killed, according to Israeli figures.

The Palestinian death toll from the Israeli offensive alone has surpassed the combined total fatalities from two past major operations - including 2008/9's operation "Cast Lead" which killed at least 1500 Palestinians in three weeks.