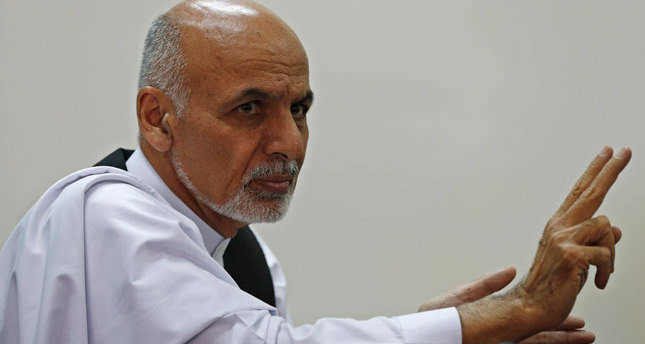 by Aug 26, 2014 12:00 am
Afghanistan's next president was due to take over on Monday but an inauguration deadline has been pushed to September as rival candidates fail to agree on who won an election meant to mark the country's first democratic transfer of power. Rivals Abdullah Abdullah and Ashraf Ghani, as part of a U.S.-brokered deal, must form a government of national unity and cooperate on an audit of all eight million votes that were cast to eliminate concern about widespread electoral fraud.

Afghanistan has been in a state of crisis since the disputed first round of the presidential election in April and the stand-off has dashed hopes for a smooth transition of power from President Hamid Karzai, who has run the country since 2001. Karzai had earlier said the new leader would take over on Aug. 25 but a spokesman for the president said on Monday that that date was never set as the inauguration date.

Whatever the plan, on Monday, the Independent Election Commission was still pouring over votes cast in a second-round run-off held under U.N. supervision on June 14. In particular, the commission was due to begin throwing out, or "invalidating", ballots deemed fraudulent in an audit of all eight million votes cast, organised as part of a deal to resolve the stand-off. "The Independent Election Commission is trying very hard to finish the process as soon as possible," said its spokesman, Noor Mohammad Noor.

The new inauguration target date of Sept. 2, if met, would allow the next leader to take power before a NATO summit in Wales, which starts two days later. Countries at the summit are due to determine how much aid Afghanistan will get after most foreign troops pull out at the end of the year.
A peaceful transfer of power would allow the United States and Afghanistan's other Western allies to trumpet a degree of success as their troops leave after nearly 13 years of inconclusive war. But officials from the rival camps, as well as from the election commission, doubt that the Sept. 2 date would be met. "Honestly, I cannot come out with something definite on that, but I hope. It's Afghanistan. Things are unpredictable," said Abdullah's spokesman, Mujib Rahman Rahimi.

An official for Ghani's campaign, who declined to be identified, said little progress had been made in interpreting the framework for a power-sharing deal. "Nothing yet has added to the political framework and the commission couldn't reach an agreement in most of the areas," the official said, adding that the candidates were meeting to try to break the deadlock.

Many Western diplomats also say the process is unlikely to be resolved in time. "I don't see how there will be any space for compromise, because the pie is too small and there are too many people who want a piece," said one Western official.

Results from the June run-off put Ghani, a former World Bank official and finance minister, in the lead. Abdullah, who came out first in the first round but fell short of the 50 percent needed for an outright win, rejected the second-round result, accusing his rival's team of vote rigging with Karzai's help. Ghani and Karzai have denied the accusation. "Prolonging of the presidential process has affected people's daily life, particularly in security, economy and governance," Karzai's office said on Sunday after a meeting with the candidates to urge them to cooperate. A commission appointed by the two camps has been meeting for days to work out a solution but it has made little progress. "They tried to narrow the differences down and find some common ground. But they could not agree," said Rahimi. "The two camps are representing two different philosophies," he added.