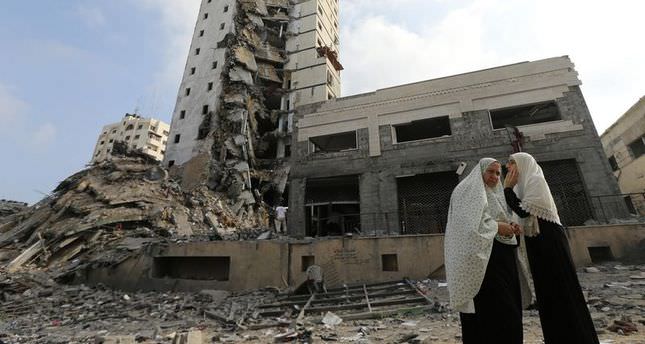 by Aug 26, 2014 12:00 am
Egypt said on Tuesday that a Gaza ceasefire that went into force at 1600 GMT provides for an immediate opening of Israeli border crossings to aid and reconstruction supplies.

Alongside a comprehensive ceasefire, the two sides agreed to the "simultaneous opening of the border crossings between Israel and Gaza to enable the rapid entry of humanitarian aid and relief and reconstruction supplies," a foreign ministry statement said.

The Egyptian-brokered deal also provides for the immediate extension to six nautical miles off the Gaza coast of the limit imposed by Israel on the territory's fishermen.

It foresees "continuation of indirect negotiations between the two sides on other matters within one month of the ceasefire taking effect."