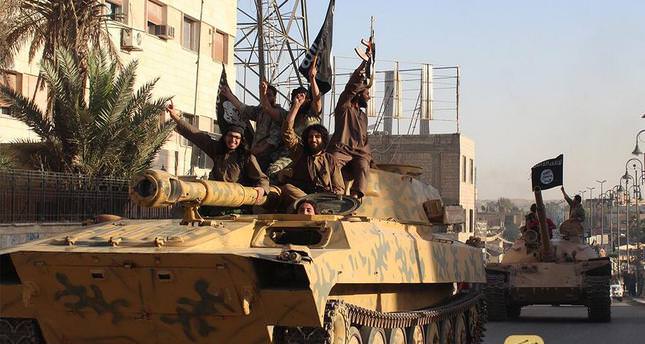 ISIS militants have been clashing with Syrian government troops and finally captured an airbase, containing many weapons and airplanes. Meanwhile, Damascus said to welcome cooperation with West to combat ISIS

Islamic State of Iraq and al-Sham, which has been controlling Syria's Raqqa for a few months, captured a major military air base in northeastern Syria on Sunday, eliminating the last government-held outpost in a province otherwise dominated by the group, activists and state media said. Tabqa airfield, home to several warplane squadrons, helicopters, tanks, artillery and ammunition bunkers is the third military base in the area to fall to the militants since last month. The militants launched their long-anticipated offensive last week to seize the sprawling Tabqa facility, located some 45 kilometers (25 miles) from the group's stronghold in the city of Raqqa along the Euphrates River.

After several failed efforts to breach the walls in recent days, ISIS fighters managed to punch through and storm the air base Sunday, the Britain-based Syrian Observatory for Human Rights said. Government warplanes carried out waves of airstrikes to try to beat back the attack, but those ultimately proved unable to stem the assault. "Some of the Syrian regime troops pulled out, and now the ISIS is in full control of Tabqa," said Observatory director Rami Abdurrahman. "This makes Raqqa province the first to fully fall out of government hands."

Another activist group, the Local Coordination Committees, also said the militants group was in control of Tabqa. The fierce battles left more than hundred death from the two sides, according to unconfirmed reports.

After the loss of the airbase, the Syrian regime stated that Damascus is ready to cooperate with international and regional efforts to fight terror but efforts must be coordinated with it. The Syrian foreign minister Walid al-Moualem said on Monday they are ready to welcome the UK and the U.S. for cooperation.

Meanwhile, General Martin Dempsey says that once he determines that the ISIS militants in Iraq have become a direct threat to the U.S. homeland, he will recommend the U.S. military move directly against the group in Syria. But the chairman of the Joint Chiefs of Staff said Sunday that right now, he still believes the insurgent group is still more a regional threat and is not plotting or planning attacks against either the U.S. or Europe.
RELATED TOPICS