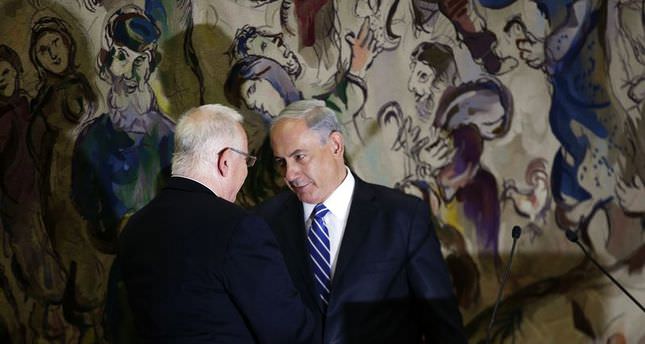 by AA Aug 26, 2014 12:00 am
The Israeli government has remained tight-lipped regarding a Tuesday announcement by Palestinian faction Hamas that a ceasefire deal had been reached between Israel and Palestinian resistance factions.

Prime Minister Benjamin Netanyahu's office has yet to issue a statement confirming the reported ceasefire agreement.

The Israeli army has likewise declined to confirm or deny the reports.

"The deal has been reached; we are now awaiting an official announcement from Cairo," Abu Zuhri said in a press release.

According to the source, the deal calls for reopening Gaza's borders and expanding the zone in which Palestinian fishermen are allowed to ply their trade to six miles off the Gaza coast.

The source said Palestinian-Israeli negotiations on other issues-including the release of prisoners and a Gaza seaport-would resume one month later.

Earlier Tuesday, senior Hamas leader Ismail Haniyeh had said that Palestinian factions were on the verge of reaching "political understandings" in the Gaza Strip.

"We are about to reach political understandings that will crown the steadfastness of our people and the performance of the resistance," Haniyeh told the pro-Hamas Al-Aqsa television channel.

Since hostilities first erupted on June 7, at least 2140 Palestinians have been killed-and nearly 11,000 injured-in relentless Israeli attacks, according to the Palestinian Health Ministry.

Thousands of homes across the coastal enclave, meanwhile, have been partially or completely destroyed by devastating Israeli bombardments.

The number of Palestinian fatalities from Israel's current offensive has now surpassed the combined death toll from two previous operations against Gaza, including Israel's bloody "Operation Cast Lead" in 2008/09 in which at least 1500 Palestinians were killed over the course of three weeks.