No plans to coordinate with Syria on combating ISIS: US 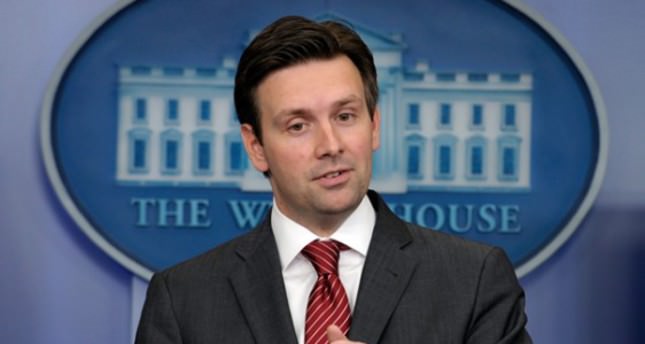 by Aug 26, 2014 12:00 am
The United States said Tuesday that it does not intend to coordinate with the government of President Bashar Assad on targeting Islamic State of Iraq and Greater Syria (ISIS) militants on Syrian territory.

"There are no plans to coordinate with the Assad regime as we consider this terror threat," White House spokesman Josh Earnest said, after Syrian officials demanded Washington ask permission for any action.