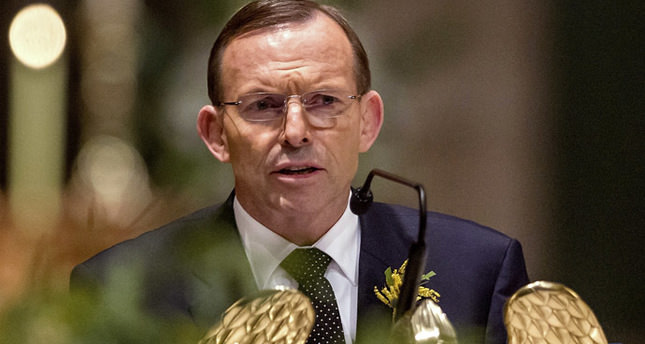 by Aug 27, 2014 12:00 am
Fifteen Australians, including two suicide bombers, are believed to have died fighting in Syria and Iraq, intelligence chief David Irvine said Wednesday, while warning espionage and foreign intervention threats were increasing.

Canberra has expressed alarm that Australians have joined violent militant groups such as the self-proclaimed Islamic State of Iraq and al-Sham (ISIS) overseas.

One ISIS fighter, Australian man Khaled Sharrouf, sparked outrage when an image of his Sydney-raised son posing with the rotting head of a Syrian soldier was reportedly posted on Twitter.

"The draw of foreign fighters to Syria and Iraq is significant and includes more Australians than any other previous extremist conflicts put together," Irvine said.

He said the Australian Security Intelligence Organisation (ASIO) believed the number of citizens posing a potential security threat had increased substantially as a result.

"ASIO believes there are about 60 or so Australians fighting with the two principal extremist Al-Qaeda derivatives, Jahabat-al-Nusra and the ISIS in Syria or Iraq," Irvine said.

"We believe 15 Australians have already been killed in the current conflicts, including two young Australian suicide bombers."

Australia has boosted its efforts to counter terrorism on fears that the bloody conflicts in Iraq and Syria are creating a new generation of militants, including increasing spending on security and intelligence.

Irvine said intelligence agencies were concerned about the dangers posed when those who had fought overseas -- potentially with a commitment to violence and training in the use of weapons or bomb-making -- returned to Australia.

The government also plans to overhaul laws to make it easier to arrest and prosecute terrorists and make it an offence to travel to designated hotspots overseas without a valid reason.

Prime Minister Tony Abbott told parliament on Wednesday that counter-terrorism units had recently been established at Sydney and Melbourne's international airports, and one person had been detained so far.

"Similar units will shortly be established at all international airports in Australia," he said, adding that an extra 80 border force officers would be stationed at airports to monitor the movements of those on national security watch lists.

"I am advised that these new units have already intercepted at least one person of interest," Abbott said, without providing details.

In his speech at the National Press Club in Canberra, Irvine also warned that the age-old threats of espionage and foreign interference were on the rise against Australia.

"I can say that we are seeing growth in espionage and foreign interference against Australia, both through cyber and more traditional methods," he said.

"Further, the threat to government information from self motivated malicious insiders has increased."