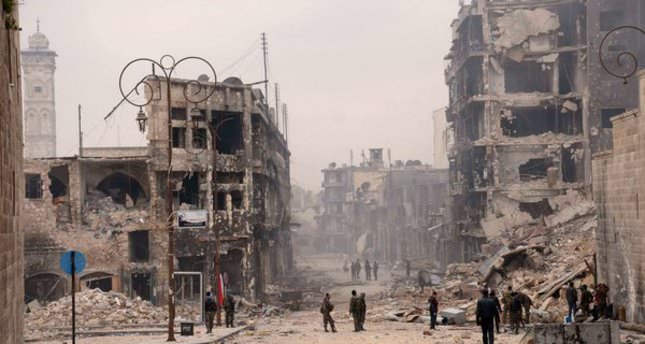 by Aug 27, 2014 12:00 am
The Syrian government and self-proclaimed Islamic State of Iraq and Sham (ISIS) insurgents are both committing war crimes and crimes against humanity in their war against each other, U.N. investigators said on Wednesday.

ISIS forces in northern Syria are waging a campaign to instil fear, including amputations, public executions and whippings, they said.

Government forces have dropped barrel bombs on civilian areas, including some believed to contain the chemical agent chlorine in eight incidents in April, and have committed other war crimes that should be prosecuted, they said in a 45-page report issued in Geneva.

"Violence has bled over the borders of the Syrian Arab Republic, with extremism fuelling the conflict's heightened brutality," said the report, issued in Geneva.

Deaths in custody in Syrian jails are on the rise and forensic analysis of 26,948 photographs allegedly taken from 2011-2013 in government detention centres back its "longstanding findings of systematic torture and deaths of detainees".

"Forced truces, a mark of the government's strategy of siege and bombardment, are often followed by mass arrests of men of fighting age, many of whom disappear," it said.

The U.N. report, the commission of inquiry's eighth since being set up three years ago, is based on 480 interviews and documentary evidence gathered by its team, which is trying to build a case for future criminal prosecution.

ISIS forces, which are also sweeping through neighbouring Iraq in their bid to establish a cross-border caliphate, have drawn more experienced and ideologically motivated foreign fighters and established control over large areas in northern and eastern Syria, particularly oil-rich Deir al-Zor, it said.

"Executions in public spaces have become a common spectacle on Fridays in al Raqqa and ISIS-controlled areas of Aleppo governorate (province)," the report said.

"Children have been present at the executions, which take the form of beheading or shooting in the head at close range... Bodies are placed on public display, often on crucifixes, for up to three days, serving as a warning to local residents."

Forces of the ISIS have committed torture, murder, acts tantamount to enforced disappearance and forced displacement as part of attacks on the civilian population in Aleppo and al-Raqqa provinces, amounting to crimes against humanity, it said.

"ISIS poses a clear and present danger to civilians, and particularly minorities, under its control in Syria and in the region," Paulo Pinheiro, chair of the panel, said in a statement.

The investigators, who include former U.N. crimes prosecutor Carla del Ponte, have drawn up four confidential lists of suspects whom they believe should face international justice.

In the report, they reiterated their call for the U.N. Security Council to refer violations in Syria to the prosecutor of the International Criminal Court (ICC).

"Accountability must be part of any future settlement, if it is to result in an enduring peace. Too many lives have been lost and shattered," Pinheiro said.