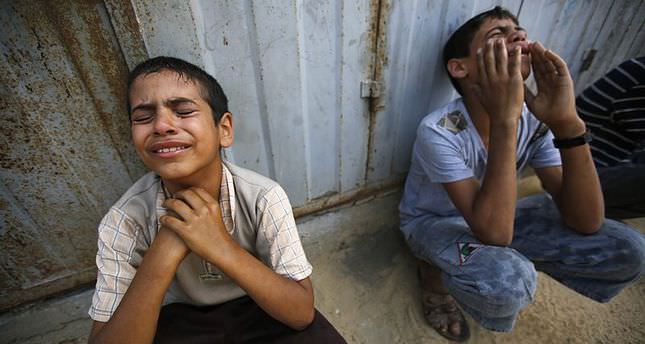 by AA Aug 27, 2014 12:00 am
Israeli forces on Wednesday stormed a secondary school in the West Bank city of Nablus, a Palestinian activist has reported.

"Dozens of Israeli troops stormed the Buren School in southern Nablus and tried to arrest certain students, claiming they had hurled rocks at Jewish settlers' cars in the area," Ghassan al-Naggar, a member of the Solidarity Movement for Free Palestine, an NGO, told Anadolu Agency.

Israeli forces fired teargas and stun grenades into the schoolyard, calling on teachers to evacuate the building, al-Naggar said.

Israeli troops withdrew after students' parents gathered outside the school, according to al-Nagar.

Following their withdrawal, he added, Israeli forces had set up barricades around the locality.

No casualties or injuries were reported as a result of the fray.

Tension remains high in the occupied West Bank, where Israeli forces continue to clash with Palestinians protesting in solidarity with their counterparts in the beleaguered Gaza Strip.

The coastal strip has reeled under a weeks-long Israeli military onslaught that appeared to end Tuesday with the signing of an Egypt-brokered cease-fire deal.