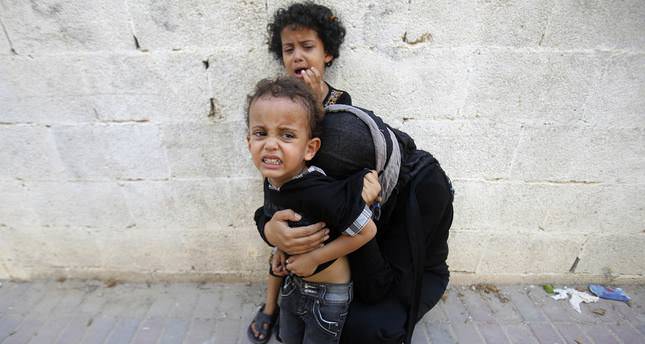 by Aug 28, 2014 12:00 am
Israeli forces detained on Thursday 12 Palestinians from different parts of the occupied West Bank.

"The Israeli army detained five people in Tulkarm, three in Hebron, two in Bethlehem, one in Jenin and one in Nablus," the Palestinian Prisoners Society, a local NGO, said in a statement.

According to the Israeli army radio, six of the detainees were Hamas supporters.

Israeli forces have arrested hundreds of West Bank Palestinians since the disappearance and subsequent killing of three Jewish settlers in June.

The Palestinian Ministry for Prisoners Affairs said Tuesday that the number of Palestinians currently imprisoned by Israel has risen to a whopping 7000.

Around 85 percent of Palestinian prisoners hail from the West Bank while 5.7 percent are from the Gaza Strip, the ministry said in a statement.

The remainder comes from Jerusalem and other cities inside Israel.

Palestinian prisoners currently languishing in Israeli jails include 250 minors and 19 women, along with 477 prisoners serving life sentences, according to the ministry statement.