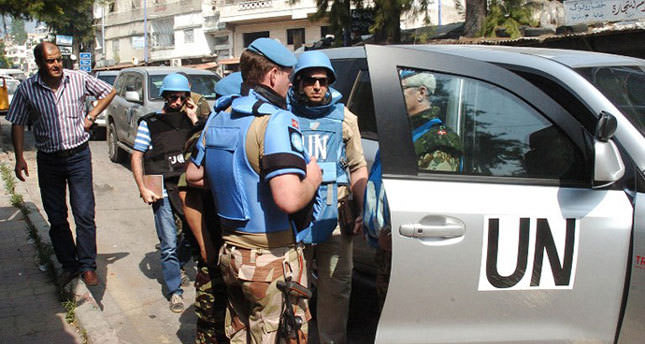 by Associated Press Aug 28, 2014 12:00 am
An independent U.N. commission said Wednesday that the Syrian government has likely used chlorine gas to attack civilians and that the Islamic State of Iraq and al-Sham (ISIS) committed crimes against humanity with attacks on civilians in two cities in the country's north and west. The report from the commission, which has been tasked to investigate potential war crimes in the country, marks the first time the United Nations has assigned blame for the use of the chemical agent. Specifically, the commission said government forces loyal to President Bashar Assad likely unleashed chlorine on civilians in northern Syrian villages eight times in April. The commission also noted widespread and systematic civilian killings by ISIS, which now controls some Syrian cities.

ISIS controls a swath of north and eastern Syria, in the northern city of Aleppo and in the western city of Raqqa where the group has its headquarters. The findings mean that U.N. officials now believe ISIS has committed crimes against humanity in Syria and Iraq, the two countries in which the group has carved out a self-styled caliphate. "This is a continuation and a geographic expansion of the widespread and systematic attack on the civilian population," according to the report of the fourmember commission that is chaired by Brazilian diplomat and scholar Paulo Sergio Pinheiro.

The commission also said Assad's government forces continue to perpetrate crimes against humanity the most serious and systematic type of widespread crime against civilians through massacres and systematic murder, torture, rape and disappearances.

On Monday, U.N. High Commissioner for Human Rights Navi Pillay, said the Islamic State fighters reportedly killed up to 670 prisoners in Mosul and committed other horrific abuses in Iraq that amount to crimes against humanity.
Last Update: Aug 28, 2014 9:16 am
RELATED TOPICS