UN in talks to win release of peacekeepers in Syria 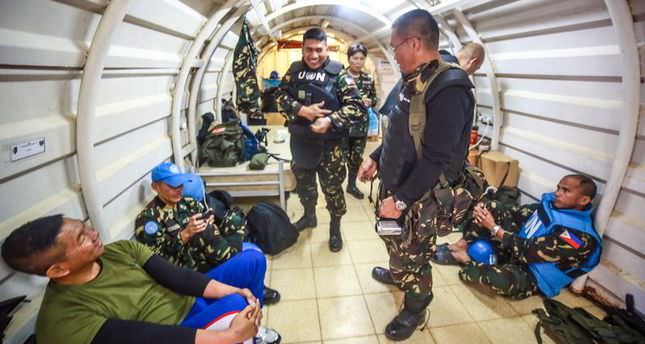 by Aug 29, 2014 12:00 am
UN officials were locked in negotiations on Friday to win the release of 44 peacekeepers held by Syrian rebels who also besieged 72 other blue helmets in the Golan Heights.

Syrian armed fighters, including some linked to the Al-Qaeda affiliate Al-Nusra Front, stormed a Golan Heights crossing on Wednesday, taking 44 troops from Fiji.

The rebels surrounded another group of 72 soldiers from the Philippines, serving in the UN Disengagement Observer Force (UNDOF) that is tasked with monitoring a ceasefire between Syria and Israel since 1974.

The UN revised the figure from 44 to 43 Fijians and from 75 to 72 Filipinos after checking leave records with the mission.

"The United Nations continues to engage with a wide range of parties in Syria and is making every effort to ensure the safety and security of its personnel," UN spokesman Stephane Dujarric said.

UN officials declined to give details of the talks, citing the delicate nature of the negotiations.

"Discussions are ongoing now and so I don't want to go into any more details," said Dujarric.

"The United Nations is also engaging with member-states who may have influence over armed opposition elements to encourage the safe release of the peacekeepers."

The UN Security Council has demanded the "unconditional and immediate release of all the detained United Nations peacekeepers" and urged countries with influence to help win their release.

There are currently 1,200 peacekeepers serving in UNDOF: from the Philippines, Fiji, India, Ireland, Nepal and the Netherlands.