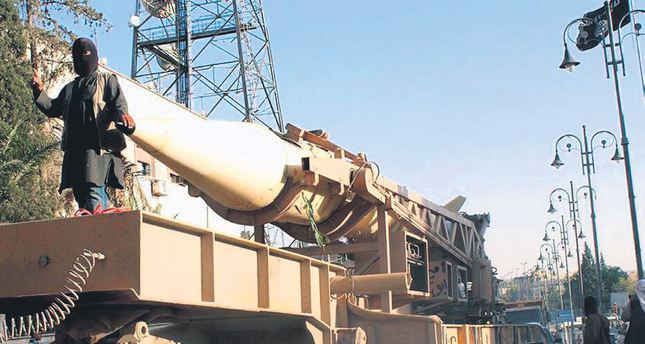 The US is expected to decide whether to carry out airstrikes against ISIS in Syria. Yet, the current situation and problems indicate that the strikes may not be as easy they were in Iraq

U.S. President Barack Obama is considering carrying out airstrikes against Islamic State of Iraq and al-Sham (ISIS) targets in Syria after U.S. air forces conducted airstrikes against the militants several times in Iraq while ISIS has advancing toward Iraqi Kurdistan, the relatively stable part of the deeply troubled country and ally of the U.S. The U.S. air forces have not faced any problem in Iraq as ISIS has no weapons to combat the drones and other kinds of war planes. The Pentagon began considering military options to expand the strikes against ISIS after the militants last week posted a gruesome video showing the beheading of American photojournalist James Foley. ISIS held him as captive for more than 600 days. He was abducted while covering the war in Syria in 2012.

According to Reuters, deliberations by Obama's national security team on expanding the campaign against ISIS from Iraq into neighboring Syria gathered pace in recent days. It still remains unclear when or whether they will start. But the Obama administration appears disturbed by the group as one of its citizens was beheaded and others are still captive. Last year Obama approved attacks against the Bashar al-Assad's forces, although no strike was carried out.

But any military option presents a risk due to certain circumstances. First of all, ISIS militants live in civilian areas, contrary to their deployment areas in Iraq, which are largely in the countryside and desert. A source from Syria, speaking on the condition of anonymity, told Daily Sabah, "The U.S. will hit Raqqa. The Free Syrian Army [FSA], the only legitimate opposition group in Syria, according to the U.S., also wants the U.S. to hit ISIS. However, the point that they miss is that the U.S. most likely will kill civilians, unwittingly. We know what happens is Afghanistan and Pakistan, how drone strikes cause civilian deaths. Yet ISIS is a big problem for everyone. The strikes carry risks and dilemmas."

Aaron David Miller, a former Middle East adviser under both Republican and Democratic administrations, told Reuters, "There are all kinds of downsides and risks that suggest air strikes in Syria are probably not a great idea. But that does not mean they will not happen anyway."

Another problem is that there is no group that will ally with the U.S. on the ground like Kurds do in Iraq. The same Syrian source said, "The FSA is not effective on the ground. In Raqqa, they can do nothing." The other opposition groups in combat with ISIS obviously will not welcome the U.S. as they are either part of al-Qaida, like al-Nusra Front, or strict Islamists who ideologically refuse to cooperate with the U.S.

The Syrian regime, which lost the Taqba airbase near Raqqa after heavy clashes with ISIS, made a call to the U.S. last week, saying that they want to be in cooperation with the Pentagon. However, the U.S. and its supporters like Germany and France strictly refused the offer. The Syrian regime, which may attempt to benefit from the opportunity, may be an obstacle for the U.S. as the regime has strong Russian-built defense systems.
ISIS also has air defense systems and weapons that they captured from the regime.

Eric Thompson, senior strategic studies analyst at the Center for Naval Analyses, which advises the U.S. military as part of the CNA Corp think tank in Virginia, told Reuters, "Flying aircraft over Syria is very different than in Iraq. There are more sophisticated air defenses, some in the hands of ISIS." In a recent report titled Small Arms Survey, an independent research group based in Geneva, detailed a range of shoulder-launched missile systems in the hands of militants. Man-portable air defense systems (MANPADS) were apparently stolen from government stockpiles while others were supplied from other countries.

Another problem with a large airstrike against ISIS that may increase its aggression is that the group still holds 49 Turkish citizens who were abducted after Mosul was captured from Iraqi government forces. The 49 Turkish nationals who were working in the Turkish Consulate are held by ISIS in an unknown location in Iraq, but most probably in Mosul. U.S. airstrikes may also concern Turkey as Ankara has long been one of the best allies of the U.S. in the region and has been a NATO member since 1952. The atrocities committed by the group have sent shockwaves across the world. For instance, ISIS, which effectively uses social media despite the attempts of prohibition, released the photos of naked Syrian government soldiers who were captured after the fierce battle at the Taqba airbase. The group said all the naked soldiers were forced to walk for kilometers and then killed.
Last Update: Aug 29, 2014 1:25 am
RELATED TOPICS