US delivers weapons to Lebanon 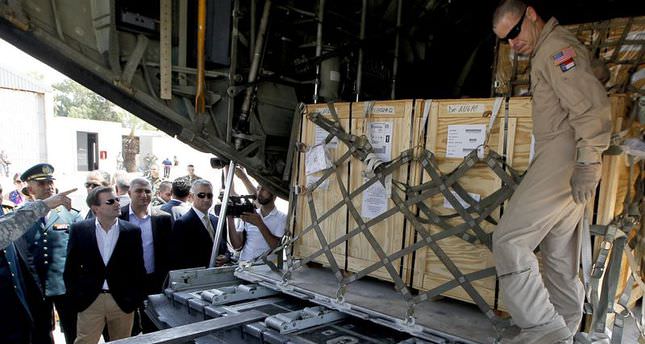 by AA Aug 29, 2014 12:00 am
The Lebanese army on Friday received a consignment of weapons from the U.S. for the ostensible purpose of securing the country's borders and confronting extremist groups, U.S. Ambassador in Beirut David Hale has said.

Hale told a press conference, held on the occasion of the arrival of the arms shipment to Beirut Airport's military airbase, that the U.S. was working to provide all the weapons and ammunition requested by the Lebanese army to allow the latter to secure the borders and defeat extremist groups.

He added that Friday's arms shipment was the last of three to be delivered within the last 36 hours in response to requests by Lebanese Prime Minister Tamam Sallam.