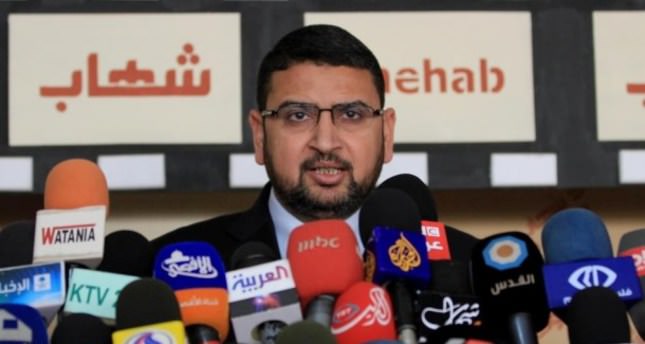 by AA Aug 30, 2014 12:00 am
Any international move aiming at disarming the Palestinian faction Hamas would be valueless, a movement spokesman has said.

"Any movement in this regard would be valueless because it will violate international laws," Sami Abu Zuhri added in a statement.

He said the international community would rather move to disarm Israel and also prevent the American administration from providing its army with weaponry, which according to him, is used in killing Palestinian children and women.

Some diplomats have revealed earlier that efforts are being made inside the United Nations Security Council to prevent a repetition of the Palestinian-Israeli war in the Gaza Strip in the future.

Israel has been calling for disarming Hamas as part of any project for calm in the Gaza Strip.

Israel's latest 51-day offensive on the Gaza Strip left some 2,147 Gazans dead and 11,000 others injured-many critically-while partially or completely destroying thousands of buildings across the coastal enclave.

The Israeli offensive finally ended with the announcement of an indefinite cease-fire that came into effect on Tuesday.

The cease-fire deal calls for opening all border crossings between the Gaza Strip and Israel-effectively ending the latter's seven-year blockade of the coastal territory.

According to the agreement's terms, Palestinian and Israeli negotiators will hold indirect negotiations on other core Palestinian demands-including the release of prisoners and the establishment of a Gaza seaport-after one month.