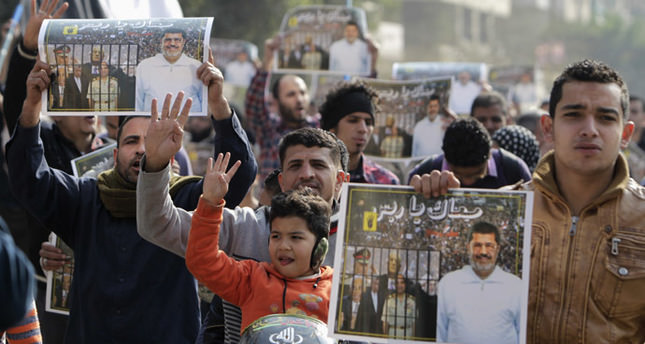 by AA Aug 31, 2014 12:00 am
Former Egyptian MP Mohamed al-Omda said on Sunday that he will begin approaching the military-backed authorities and the Muslim Brotherhood group with a reconciliation bid he prepared following his recent release from detainment.

"I will present my initiative on Monday to the Egyptian presidential office as well as Islamist parties and youth protest groups," al-Omda told Anadolu Agency.

A week ago, al-Omda unveiled a seven-item reconciliation bid to resolve a year-long political deadlock between the military-backed government and the decades-old Muslim Brotherhood group, from which ousted president Mohamed Morsi hails.

The bid also includes the release of detainees, recognizing the outlawed Brotherhood and its Freedom and Justice Party; amending a widely-decried protest law issued last November; amending a controversial parliamentary election law; providing a democratic climate; agreeing on a mechanism to amend the constitution in a manner that guarantees consensus.

"A democratic climate must ensure the inclusion of all political factions and the release of all detainees including Morsi and Brotherhood leaders," al-Omda asserted to AA.

He also said that his reconciliation bid is "flexible to amendment for the sake of achieving consensus."

Al-Omda called on Morsi's supporters who refuse to recognize the current government to consider the presidency of Abdel-Fattah al-Sisi, a former army chief widely seen as the architect of Morsi's overthrow, as a "transitional period during which everyone would cooperate to achieve reconciliation between all parties."

Al-Omda, who took part in a protest encampment in Cairo's Rabaa Square opposed to Morsi's ouster, was arrested following the deadly dispersal of the sit-in last August, in which hundreds of people were killed. He was released earlier this month pending investigation into violence-related charges.

The Egyptian government has launched a relentless crackdown on Morsi's supporters, blaming the Brotherhood for a series of deadly attacks on security personnel since Morsi's ouster-allegations the group denies.

Al-Sisi was declared the winner of a late May presidential poll.