US strikes ISIS in Turkmen town 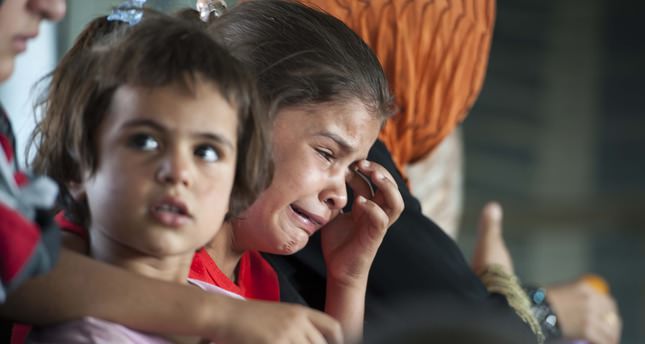 by Daily Sabah Aug 31, 2014 12:00 am
The United States Air Forces hit the self-proclaimed Islamic State of al Sham (ISIS) in the Turkmen town of Emirli besides supplying the Turkmens with human aid, said Pentagon spokesman John Kirby on Sunday.

Iraqi forces and Peshmarga supported the US operations on the militant group by launching an operation to evacuate women and children from the area.

In a written statement Kirby said, "With the request of the Iraqi Government, the US forces today assisted the Shia Turkmen population in Emirli town with human aid, after being deprived from food, water and medical supplies for the past two months by ISIS".

The spokesman also added that Australia, France and England are assisting with aid in the region.