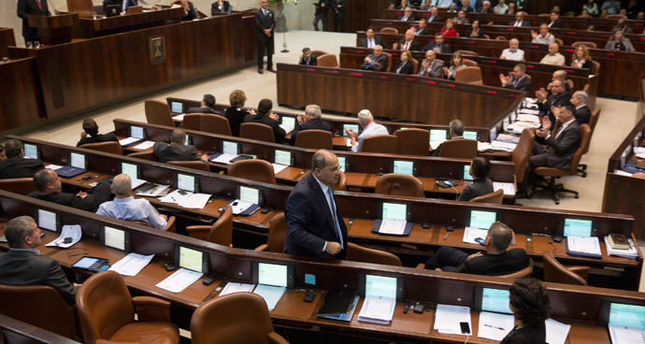 by AA
Sep 02, 2014 12:00 am
Israeli authorities have freed a Hamas lawmaker and a former minister after three months of administrative detention.

It said the two men had spent three months in Israeli administrative detention.

Totah represents Jerusalem in the Palestinian parliament while Abu Arafa had served as minister for Jerusalem affairs in the government formed by Hamas after winning the parliamentary elections in 2006.

Israel has detained scores of Hamas MPs, former ministers and senior members in mass raids across the occupied West Bank following the kidnap and later killing of three Jewish settlers in June.

Under Israeli administrative detention orders, Palestinians can be held without trial for periods between one to six months and the detention can be extended for up to five years.