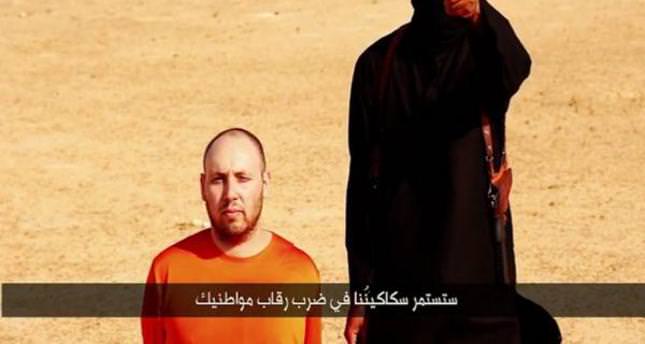 by Sep 02, 2014 12:00 am
ISIS released a video purporting to show the beheading of U.S. hostage Steven Sotloff, the SITE monitoring service reported on Tuesday.

A masked figure in the video also issued a threat against a British hostage, a man the group named as David Haines, and warned governments to back off "this evil alliance of America against the ISIS", the monitoring service said.

The video appears to be authentic although U.S. officials have yet to formally confirm its validity, sources familiar with the matter said.

American officials said U.S. intelligence agencies were making urgent checks to investigate the alleged Sotloff beheading video to determine conclusively whether it is authentic. The video follows a similar incident last month with the beheading of U.S. writer James Foley, who was also held captive in Syria since 2012. U.S. experts have thought since shortly after Foley's death that the militants holding him had also likely killed Sotloff, who was shown, still alive, in the video the Islamic State released of Foley's killing on Aug. 19.

The militant group released the latest video earlier on Tuesday, the U.S.-based SITE monitoring service said. White House spokesman Josh Earnest told reporters in a briefing just as reports of the video were made public that he could not immediately verify the video, but that any such video would be analyzed very carefully. State Dept spokeswoman Jen Psaki, in a separate briefing, said U.S. intelligence services would "work as quickly as possible to determine its authenticity." "If the video is genuine we are sickened by this brutal act taking the life of another innocent American citizen. Our hearts go out to the Sotloff family," she told reporters.