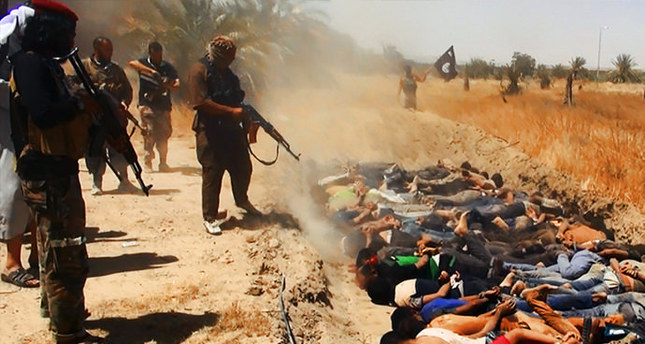 by Daily Sabah Sep 02, 2014 12:00 am
The U.N. Human Rights Council decided Monday to send a fact-finding team to Iraq to probe war crimes committed by Islamic State of Iraq and al-Sham (ISIS) militants. The U.N. made the decision after hearing of mass killings on an "unimaginable scale." More than 100 countries agreed on the resolution to send a team. Among the 47 other nations, South Africa was the only country that withheld its support, saying that the resolution was ambiguous and lacked balance. The U.N. already has a 42-person team monitoring human rights in Iraq, working from Baghdad and other cities. But officials said the human rights council will now send an 11-person team that will operate separately, focusing on atrocities committed by ISIS.

U.N. Deputy High Commissioner for Human Rights Flavia Pansieri said, "More than a million people have fled the ISIS onslaught in recent weeks.
The reports we have received reveal acts of inhumanity on an unimaginable scale." Touching on the mass execution in Mosul prison in the last weeks, she added, "The bodies were then examined and any men that appeared to be alive were shot in the head." Iraq's minister of human rights, Mohammed Shia' al-Sudani, speaking to reporters after the session, said instances of abuses by Iraqi forces would be investigated by Iraq's government, not the fact-finding mission. The resolution leaves it ambiguous of what be outcome of the probe will be in the case of proving that ISIS commits war crimes.