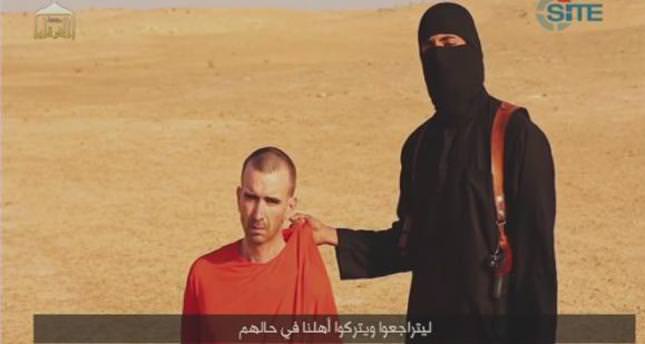 by Sep 03, 2014 12:00 am
Britain's foreign minister said on Wednesday ISIS's seizure of a British hostage did not make airstrikes on the militants more likely, but said he wasn't ruling that option out.

ISIS released a video on Tuesday purporting to show the beheading of a second American hostage, journalist Steven Sotloff, and issued a threat against a British hostage warning governments to back off "this evil alliance of America against the ISIS".

"It doesn't make any difference at all to our strategic planning," Britain's Foreign Secretary Philip Hammond told reporters. "If we judge that airstrikes could be beneficial ... then we will certainly consider them. But we have made no decision to do so at the moment."

Hammond was speaking after a meeting of the government's emergency response committee and said a preliminary government analysis showed the video was genuine.

He said the ISIS militant who appeared in the Sotloff video appeared to be the same man with an apparently British accent whose voice was featured in the video of the beheading of U.S. journalist James Foley.

"You wouldn't expect me to discuss various options that we will be considering but I can assure you that we will look at every possible option to protect this person," he added, referring to the British hostage being held by the militants.