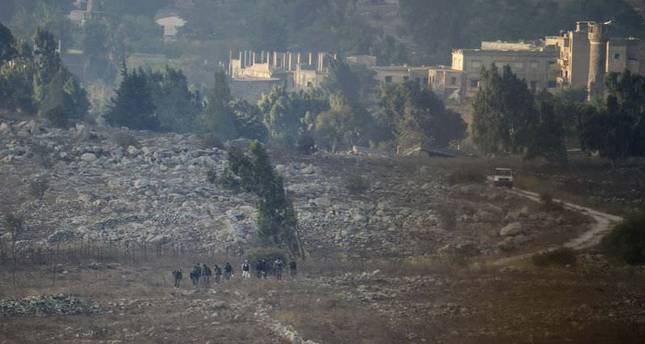 by AA Sep 04, 2014 12:00 am
Air-raid sirens went off Thursday in the Israel-occupied Golan Heights amid fears of rocket attacks in the area.

Without providing any additional information, Israel Army Radio confirmed that air-raid sirens had gone off in the Golan Heights.

The Israeli army has not provided any reasons why the sirens were sounded on Thursday.

Mortar shells struck the occupied territory last week, which the Israeli army said had been fired in error by Syria's warring camps.

For almost four years, Syria has been ravaged by conflict between the ruling regime of President Bashar al-Assad and heavily armed opposition forces.