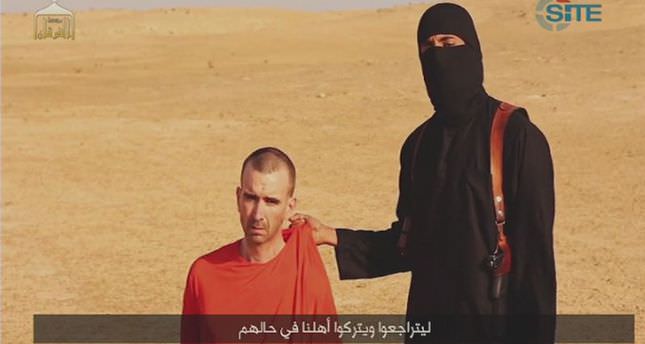 by Sep 05, 2014 12:00 am
The aid agency that employs a British worker being held hostage by the radical Islamic State of Iraq and al-Sham (ISIS) militants has condemned their threats to kill him and called on Friday for his immediate release.

David Haines, a 44-year-old father of two from Perth in Scotland, was kidnapped last year while working for the French agency ACTED.
On Tuesday, he was shown kneeling in the sand wearing an orange jumpsuit on an ISIS video of the beheading of U.S. hostage Steven Sotloff, with the warning from a jihadi speaking with a British accent that he would be next if Washington continued to launch air strikes against ISIS militants in northern Iraq.

Paris-based ACTED said in a statement on its website it had been deeply shocked by the video images. "The threats on David Haines' life are intolerable," it said. "We have been working from day one with David's family. More than ever, we are pursuing our efforts, and our thoughts are with David and his family." "ACTED strongly condemns the violence and threats against David. A man's life should never be threatened on account of his humanitarian commitment. Once again, we call for David's immediate release."

It said Haines had been engaged in humanitarian work since 1999, helping victims of conflicts in the Balkans, Africa and the Middle East.When he was taken hostage in March 2013, he was in Syria as part of ACTED's humanitarian effort there, it added.

Italian aid worker Federico Motka was captured at the same time as Haines but was released earlier this year.