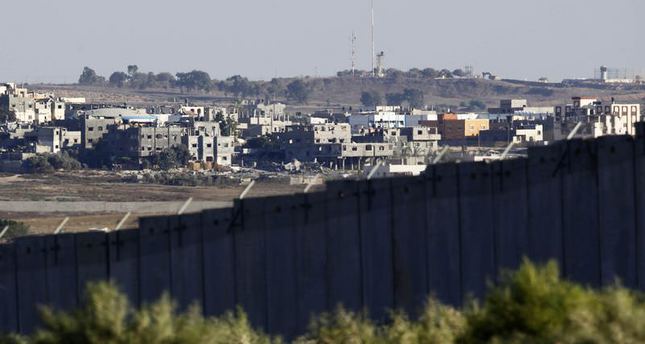 by AA Sep 07, 2014 12:00 am
Israel's Foreign Ministry has submitted a proposal to the security cabinet for the deployment of an international force in the Gaza Strip to monitor the reconstruction of the enclave and prevent the rearming of Palestinian factions, an Israeli paper reported Sunday.

The two-page, classified document, entitled "Principles and Parameters for Deployment of an International Force in Gaza," was given to the ministers two weeks ago but it was yet to be discussed in the security cabinet, Haaretz daily reported.

An unnamed senior Foreign Ministry official was quoted by Haaretz as saying that the document was drawn up in accordance with ideas received by Germany, Britain, France and other European countries during the recent Israeli offensive against Gaza.

Israel's recent offensive on the Gaza Strip ended with the announcement on August 26 of an open-ended cease-fire between Israel and Palestinian resistance factions.

The devastating 51-day offensive on Gaza left some 2,147 people dead and 11,000 injured-the vast majority of them civilians-while leaving thousands of residential structures in ruins.

According to Israeli figures, 67 Israeli soldiers and five civilians were killed over the course of the operation-the highest military death toll suffered by Israel since it lost 119 troops in its 2006 war on Lebanon.

The Palestinians and the Israelis agreed to resume indirect talks within a month on fixing the cease-fire as well as other issues, including the establishment of an airport and a sea port in Gaza, the release of Palestinian prisoners in Israeli jails and the reconstruction of the enclave.

Egypt has not officially invited the Palestinians or the Israelis to resume the indirect cease-fire talks in Cairo yet. It is not clear when these talks will start either.

An international donor conference for the reconstruction of the embattled Gaza Strip is scheduled for next month in Egypt.