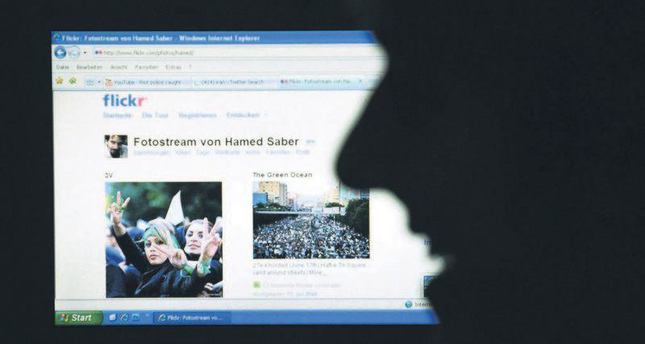 The study, by the research centre of the Ministry of Sport and Young People, was publicised just one day after President Hassan Rouhani said existing Internet controls were counter-productive.

"69.3 percent use proxies (servers in other countries) to circumvent censorship and go on the Internet," said Mohammad Taghi Hassanzadeh, head of the research centre, according to ISNA news agency.

Advocates of filtering in Iran say it protects citizens from immoral content, such as pornographic websites, but opponents say VPNs render such restrictions pointless.

The research centre study was conducted in the 12 months following March 2013 and it involved 15,000 Iranians aged between 15 and 29.

According to its findings, 67.4 percent of all those who were surveyed use the Internet.

Some 19.1 percent chat online, 15.3 percent use social networks and 15.2 percent cite entertainment as a reason for using the Internet. Only 10.4 percent are doing scientific research online, it added.

Rouhani, who has cited science and educational use as a reason for fewer Internet restrictions, re-entered an edgy debate on censorship on Sunday, saying the current regulations were not working.

"Force does not produce results," he said in a speech broadcast live on state television. "Some people think we can fix these problems by building walls, but when you create filters, they create proxies."

As well as its filtering policy, Iranian authorities are also often accused of deliberately slowing down the Internet, which makes gaining access to even legally-sanctioned websites harder.

The granting of the 3G permits caused controversy with some of Iran's conservative clerics and officials who said video call functions on smartphones could expose youngsters to dubious content.

The ministry of telecommunications, technology and information later stated that video calling would not be available, despite such services, including FaceTime and Skype, being accessible on regular Internet connections.