Germany troubled by home-grown ISIS militants and other extremists 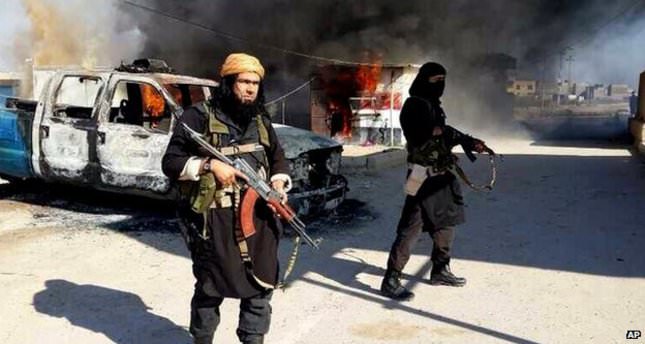 by Zeynep Doğusan Sep 09, 2014 12:00 am
Salafi groups in Germany are drawing the public's attention with their recent activities and the general accusation that these groups motivate German youths to join international Salafi militants, especially Islamic State of Iraq and al-Sham (ISIS) in Iraq and Syria. The number of fighters from Germany increased from 320 to 400 according to Federal Office for the Protection of Law.

The small group of young men aged 19 to 33 last week patrolled in Wuppertal, Germany, a city in Nordrhein-Westfalen, with orange vests marked "Sharia Police" trying to deter young Muslims from drinking and vice, launched a public debate on Salafis. Politicians and Muslim leaders criticized the group. "Sharia is not tolerated in Germany," said Interior Minister Thomas de Maizière. "No one shall misuse the good name of the German police." The Chairman of the Central Council of Muslims in Germany, Aiman Mazyek said, "These people do not speak in our name," to the Tagesspiegel am Sonntag and called the group's act a "misappropriation" of the religion. Police took the names of 11 men and are investigating them on possible charges of illegal assembly. However, the spokesman for the prosecutor's office in Wuppertal said, "Recommendation of religious knowledge is not forbidden."

Public attention to this small group is linked with the possible threat of ISIS supporters in the country.Returnee militants of Salafist groups are on the agenda of German intelligence because of current issues. The arrest of three men last weekend at the Frankfurt airport when they flew home from Kenya, accused of having joined and fought with Somalia's al-Shabab Islamist militant group, triggered the debate on returnees. Three men suspected of being members of ISIS were arrested including two people who were staying in Syria as militants and were on their return to support ISIS with money and material resources.

Only two weeks later, three more alleged ISIS militants were arrested in Germany, some with their own combat experience in Syria.
Chief of the Berlin Federal Office Bernd Palenda said to Berliner Morgenpost newspaper that the returning ISIS fighters could be a major threat to internal security: "The returnees are the problem. Among them are combat-ready people who have learned how to deal with explosives and weapons. This group can be a major threat to internal security." For the characterization of the group he said, "It is mainly young men between 17 and 25. Most have a migration background and have always had a respect for Islam. But some are also converts. Most are in some way in search, many have a criminal history.They want authority and fight for something big that supposedly gives their lives meaning."

According to Federal Office for the Protection of the Constitution in Berlin (BfV) there are 350 Salafis, 100 of them are considered violent.
German officials try to discourage the young and warn their families against militant propaganda.The BfV published a report booklet on the life of ex-rapper Denis Cuspert called "Denis Cuspert: a jihadist career." Cuspert enjoyed "a prominent position as a German-language propagandist of the ISIS," according to the report and could "attract young people with an ostensible promise of paradise to destruction."

Cuspert considered the leader of the German fighters in ISIS called German Brigade Millatu Ibrahim and the main propagandist of ISIS in the German-speaking world with his online videos. He had left the country in 2012 after the ban of his group, Millatu Ibrahim, because of its violent messages. Bekir Yilmaz, head of the Berlin Turkish Community, said that the primary reason of the rising membership in extremist groups like ISIS is the discrimination against the Muslim society in Germany, France and Britain.