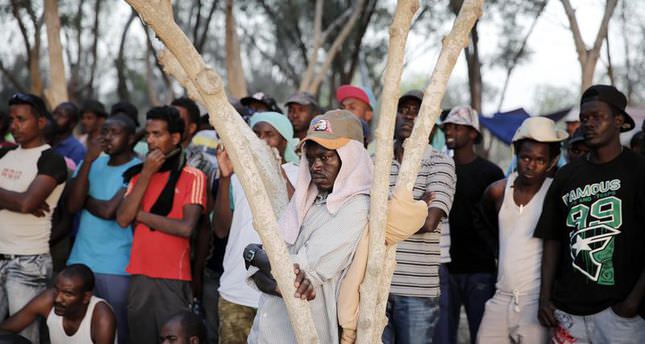 by Associated Press Sep 09, 2014 12:00 am
An international watchdog has slammed Israel for its treatment of thousands of African migrants, saying it is forcing them to leave the country at grave personal risk.

In a report issued Tuesday, Human Rights Watch says Israeli authorities have coerced almost 7,000 Eritrean and Sudanese to return to their homes, where they may face serious abuse.

Israel's Interior Ministry had no comment on the report.

Israel places thousands of Eritrean and Sudanese migrants in hardscrabble detention centers in the Negev desert. Human Rights Watch says the aim is to make life so intolerable that the migrants leave on their own volition.

In recent years some 50,000 Eritreans and Sudanese have entered Israel illegally via the Sinai desert, causing great consternation in the mainly poor Israeli neighborhoods where they have settled.