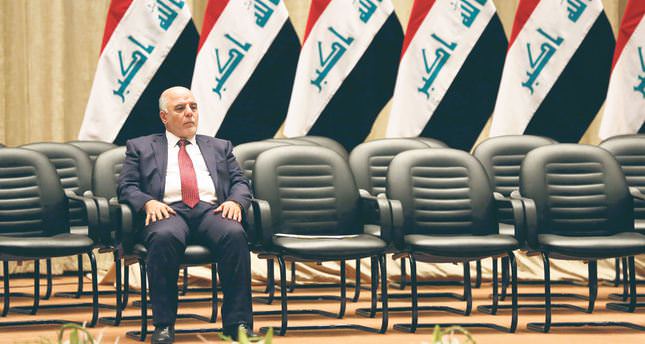 Amid a political crisis due to the territorial gains of ISIS, Iraq has finally established a new government under the prime ministry of Haider al-Abadi after a series of sessions between Sunni and Shiite deputies

The Iraqi parliament has officially named Haider al-Abadi as the new prime minister of the country and approved his cabinet, while the country struggles to regain territories which were lost to the Islamic State of Iraq and al-Sham (ISIS) during the last few months. The new government, which includes Sunni, Kurdish and Shiite deputies, was approved by 177 votes out of 280 in the parliament on Monday. Lawmakers approved all the proposed candidates for the new government of Iraq, with the exception of two of them which were the defense and interior ministers since Al-Abadi requested an extra week to name them. Outgoing Prime Minister Nouri al-Maliki, former Prime Minister Iyad Allawi, former parliament speaker Osama al-Nujeifi received the largely ceremonial posts of covice president. Kurdish politician and former Foreign Minister Hoshyar Zebari were named as one of three deputy prime ministers. Former Prime Minister Ibrahim al-Jafaari was appointed foreign minister. After a long debate, 17 ministries were given to Shiites, seven to Sunnis, and four to Kurds, while one ministry was given to minorities.

The U.S. and other countries have been pushing for a more representative government that will ease Sunni anger after being marginalized by the government of al-Maliki, helping to fuel the dramatic sweep by ISIS across much of northern and western Iraq since June.Speaking in Parliament, Al-Abadi promised to "support military operations in all areas of confrontation against armed gangs and the forces of terrorism and maintain them until victory is achieved."

Abadi also pledged to resolve disputes with the autonomous Kurdish region of the country. "My government is committed to resolving all the issues in suspension with the Kurdistan Regional Government," he said in a speech outlining his proposed program of government. The Kurdish political bloc debated for hours on Monday whether or not to participate in government as the session started, and no Kurds had initially been present at the meeting of the President Fouad Masum side. After the parliament session began, the Kurdish bloc came in and recorded their names.