UK to supply weapons to Kurdish forces in Iraq 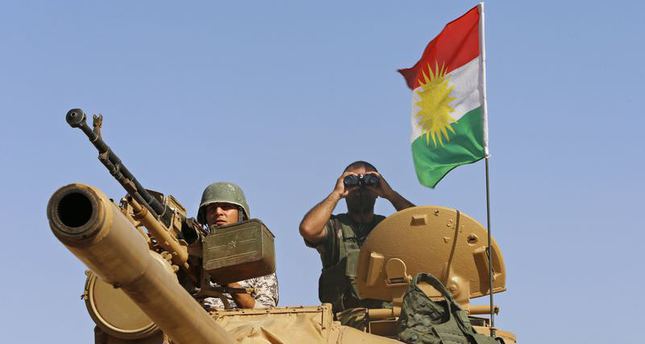 by AA Sep 09, 2014 12:00 am
Great Britain is to donate 1.6 million pounds ($2.57 million) in military equipment to Iraq government and Kurdish forces to help them combat an insurgency by the self-proclaimed Islamic State of Iraq and Sham (ISIS), the Ministry of Defence announced Tuesday.

Secretary of State for Defence Michael Fallon said in a written statement that the U.K. was "gifting" heavy machine guns and ammunition to help push back ISIS, "Kurdish forces remain significantly less well equipped than ISIS and we are responding to help them defend themselves, protect citizens and push back ISIS advances," said Fallon.

The U.K. will also provide nearly half-a-million pounds in transport costs for the equipment. Machine guns and ammunition are expected to start arriving in Iraq on Wednesday, he added.


Fallon said that the government was "committed to assisting" the government of Iraq by "alleviating the humanitarian suffering of those Iraqis targeted by ISIS militants."

He added that they were, "promoting an inclusive, sovereign and democratic Iraq that can push back on ISIS advances and restore stability and security across the country."

The U.K. has been involved in humanitarian aid missions in Iraq, as well as reconnaissance flights and delivering military equipment from France to Kurdish forces. This is the first time that the U.K. has directly supplied arms to the Kurdish forces battling the ISIS.

Fighters from the ISIS, who already control parts of Syria, captured the northern Iraqi city of Mosul in June and then surged across the north of the country, taking control of a number of predominantly Sunni cities.