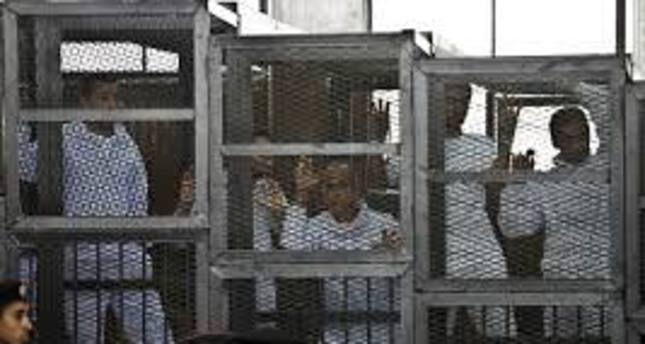 by AA Sep 13, 2014 12:00 am
Egypt's chief prosecutor had asked the members of an administration affiliated to his office to address Interpol to arrest several Muslim Brotherhood leaders and members, including figures recently asked to leave Qatar, a judicial source said.

The source, who preferred to remain anonymous, told Anadolu Agency on Saturday that the Brotherhood leaders and members Egypt would ask Interpol to arrest were wanted pending investigations into criminal offences now being examined by courts in Egypt.

"They include a group of Muslim Brotherhood leaders and associates recently asked to leave Qatar by the government there," the source said.

He said investigations had shown that those people were involved in criminal offences committed inside Egypt, either through incitement or collaboration.

Seven leaders and associates of the Muslim Brotherhood, the movement from which ousted Egyptian president Mohamed Morsi hails, were asked to leave Qatar within a week, Brotherhood sources told AA late on Friday.

The issue had soured relations between the Gulf state and Egypt, which had repeatedly asked the Qatari government to deport figures associated with the Brotherhood.

Egypt designated the Brotherhood a "terrorist" movement late last year, following a string of attacks in the country.