UK hopes Iran will cooperate in fight against ISIS 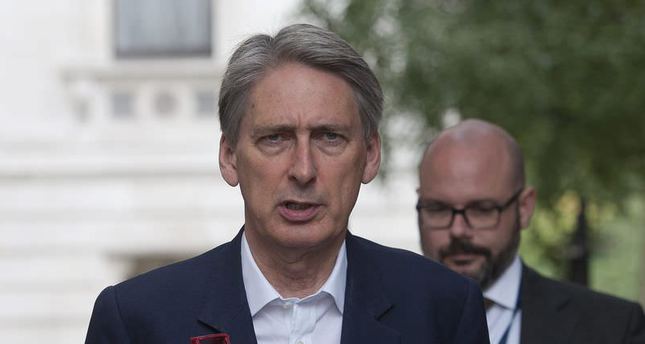 by Sep 15, 2014 12:00 am
British Foreign Secretary Philip Hammond Monday urged Iran to cooperate with an international coalition to fight ISIS militants in Iraq even if Tehran did not join the group.

Hammond made the call in Paris after a major conference on Iraq as Iran refused to join an anti-ISIS coalition.

"It was always unlikely that Iran would become a fully fledged member of the coalition but I think we should continue to hope that Iran will align itself broadly with the direction that the coalition is going," Hammond told reporters.

He also said he hoped Iran would be "cooperative with the plans that the coalition is putting in place, if not actively a part of the coalition."

Iran, which was not invited to the conference, has rejected American overtures to help in the fight against ISIS militants.

Tehran has been the main regional ally of the Damascus government throughout the three-and-a-half-year uprising against Bashar Assad's rule.

The 30 states and organizations taking part in the Paris conference agreed to support the Iraqi government "by any means necessary" to fight the ISIS militants, including "appropriate military assistance."

Hammond said Britain had not so far "made any decision on whether or not we are going to engage in airstrikes at this stage."

The British minister said airstrikes in Syria would be a far more complicated matter than in Iraq and of a far bigger magnitude for "all sorts of reasons, military, legal and technical, but we haven't ruled it out."

"We haven't made a decision yet about how we will best contribute to the coalition effort against ISIS but I have said this morning in the meeting that Britain is clear that it will play a leading role in the coalition," said the minister, using an alternative name for ISIS.