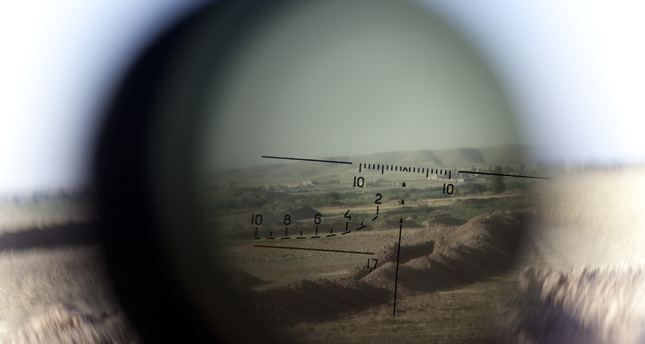 by Daily Sabah Sep 16, 2014 12:00 am
Peshmerga forces battling ISIS militants in Iraq have reported that five towns near western Mosul, Zimar are recaptured from the militants. The U.S. conducted the first of the expanded airstrikes Monday to southern Baghdad, following Obama's military plan announced last week to combat ISIS militants.

In the first round of airstrikes conducted by U.S. military, it has been reported that one of the forts of ISIS were destroyed. U.S. Central Command also said that six vehicles belonging to militants were destroyed in the Sinjar strike on Sunday.

Furthermore, a statement released by Peshmerga forces stated that the recapture of Zimar in the northern Mosul holds a strategic importance to combat ISIS militants.