20 children dead in Syria after vaccination by UNICEF 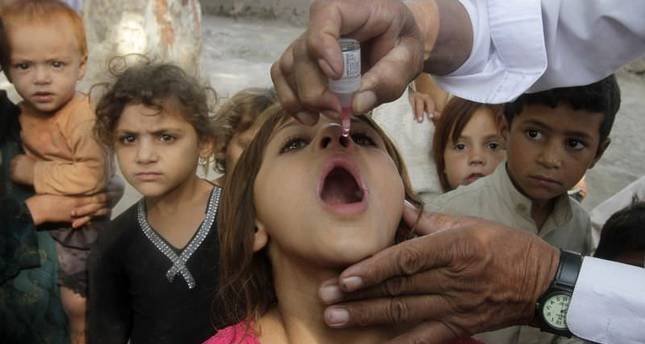 by AA Sep 17, 2014 12:00 am
UNICEF and the World Health Organization have said they are "deeply concerned" by the reported deaths of children who died after they were vaccinated in the Idlib area of Syria.

U.N. children's fund (UNICEF) spokesperson Christophe Boulierac said on Tuesday in a response to a question from the Turkish press agency AA: These deaths reportedly occurred in a location where a measles vaccination campaign was taking place.

"As a precautionary measure we understand that the local health authorities have suspended the campaign in the district pending an investigation."

Questioned about the possible causes of the deaths, Boulierac said: "We are awaiting further clarification of the facts."

The Syrian opposition health ministry had reported on Tuesday that at least 20 children, aged between one and five had died, earlier in the day after being vaccinated during campaigns supported by UNICEF and the World Health Organization.

In Syria, measles is a major threat to children and vaccination campaigns are vital to protect them from the highly contagious and sometimes deadly disease, Boulierac added.

Boulierac also noted: "Protection against measles is especially important for children who have been displaced from their homes and communities and who are living in camps or other insanitary conditions."