US emphasizes role of Turkey in combating ISIS 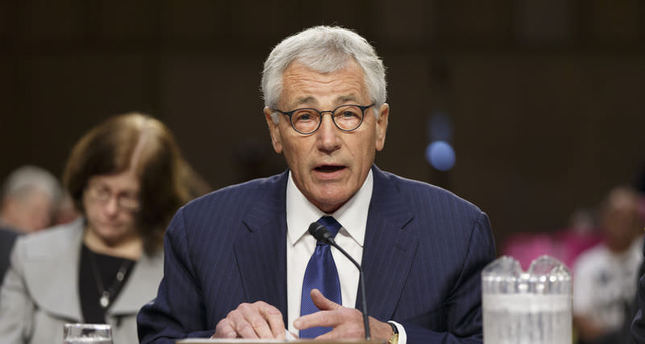 by AA Sep 17, 2014 12:00 am
The U.S. and Turkey share an essential partnership as the U.S. continues to build an international coalition to beat back the Islamic State of Iraq and al-Sham, or ISIS, according to the State Department.

"When it comes to Turkey, we share a partnership with them that's essential," deputy spokeswoman Marie Harf said while speaking to reporters. "They play a key role obviously in the region. And ISIS is a threat to Turkey's security. And they felt the ripple effect from this, quite frankly, more than most countries in the region."

ISIS militants seized 49 Turkish consulate staff, including the consul-general and family members, in the Iraqi city of Mosul in June. The hostages are believed to be still held by the terror group.

U.S. Secretary of Defense Chuck Hagel said Tuesday during congressional testimony that Turkey is working with the U.S. on the ISIS threat, and "will continue to work with us. Obviously in an open hearing, I have to be careful that I can't go too far down into this."

"Our interests are common and clear," Hagel said. "I think that it's important to recognize again that Turkey has been an invaluable member of NATO, still is. We have a NATO base there. We have a lot going on with Turkey, as do other NATO countries," he added.