US won't telegraph when air strikes on Syria begin: Rice 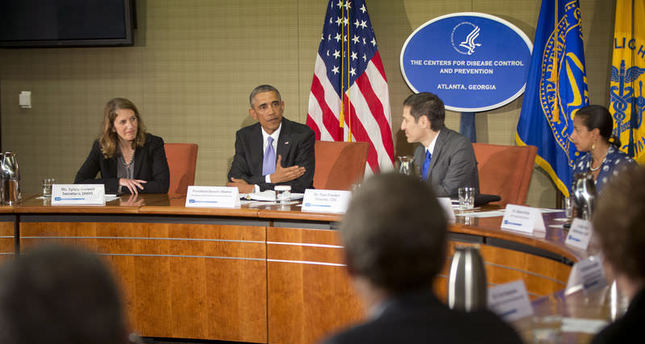 by Sep 19, 2014 12:00 am
The United States is ready to launch air strikes on ISIS targets in Syria but does not want to telegraph when these will occur, President Barack Obama's National Security Adviser Susan Rice said on Friday.

Her comments underline mounting questions over when the United States will expand its air campaign against Islamic State into Syria from neighboring Iraq after Obama laid out guidelines for strikes aimed at denying ISIS militants a safe haven in either country.

"I don't think it would be appropriate or wise for me to telegraph from the podium exactly when that will occur, and what steps may need to be taken before that is to occur," Rice told reporters at the White House.

"I'm not going to give you any precision or prediction on when that might occur," she said.

White House spokesman Josh Earnest said each air strike would not require approval by Obama. "Contrary to some published reports, he's not going to be in a position where he's approving or disapproving individual air strikes in Syria," he said.

But Earnest declined to say whether Obama would need to approve the first strike in Syria, saying only that Obama and his team were reviewing plans laid out by the Pentagon.

Earnest also said that the United States was taking precautions to limit damage or injury to civilians in Iraq and Syria.