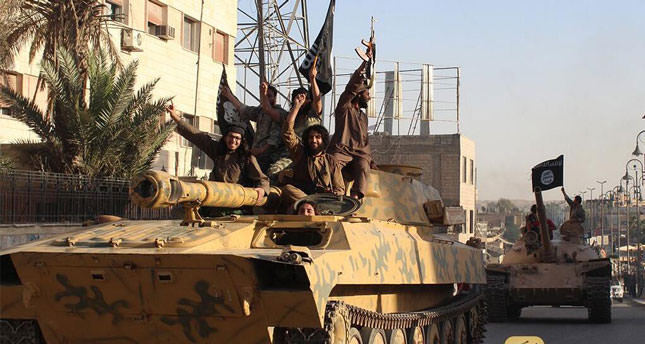 Not only ISIS but also several Shiite scholar-led extremist paramilitary organizations operating in Iraq pose a threat to stability in the Middle East, local sources say

When the Islamic State of Iraq and al-Sham (ISIS)took control of several towns in western and northern Iraq, the country came to the fore in front of the world. However, long before the ISIS's extremist militants turned into a real threat to the stability in the region, there have been various paramilitary organizations in Iraq, most of which are under control of Shiite extremists who are believed to be affiliated with Iranian authorities. Having more than 150,000 Shiite militants in total, those paramilitary organizations are accused of countless murders of Sunni citizens, thinkers and scholars. The largest Shiite-scholars-led extremist organizations operating in Iraq are the Badr Corps, Mahdi Army, Army Mukhtar and Al Abbas Brigade.

Founded in Tehran in 1981, by the Islamic Supreme Council of Iraq, which, at the time, was called "The Supreme Council for the Islamic Revolution," at the hands of the cleric Shiite Baqir al-Hakim, who was assassinated in 2003 after months of U.S. occupation with a suicide attack targeting a religious ceremony in the city of Najaf.

According to local sources, Badr Corps used to receive support and training from Iran and conducted military operations against the regime, led by the former Iraqi president Saddam Hussein.

Reportedly, Hadi al-Ameri, former Minister of Transport in Nouri al-Maliki's government and the top commender of the Corps, fought against the Iraqi Army during Iran-Iraq war between 1980 and 1988. Badr Corps are considered to hold 12 thousand fighters, most of them engaged in the ranks of the Iraqi security services, and in positions of leadership in the Department of Defense and intelligence services.

Ameri, who has led the Badr Corps since 2002, broke away from the Islamic Supreme Council after the 2010 elections, and currently leads the military operations in Diyala province, which is also Ameri's hometown.

Some believe that the Corps fighters are divided between the Supreme Council, led by currently Ammar al-Hakim, and the Badr Organization, led by Amri, but the indications are the majority of them were still loyal to the Ameri allied with al-Maliki.

The Badr Corps is accused of being behind the killing of many of the former leaders of the Iraqi army, especially Air Force officers and pilots, as well as members of the Baath Party. Ameri appeared in uniform in more than one occasion since the fighters launched the Islamic State sweeping attack last June.

The Mahdi Army, founded in September 2003, is the armed wing of the Sadrist movement led by the Shiite cleric Moqtada al-Sadr that to fight American troops in Iraq.

It attracts young people following cleric Mohammed Mohammed Sadeq al-Sadr, who was assassinated by the Iraqi Baath Party in 1999 and gathered them to join the Shiite sect. It is estimated that the number of its members up to about 60,000.

Before the period of sectarian violence in 2006, the army fought several battles with American troops occupied Iraq at the instigation and support from Iran, which has worked with Syrian regime to defeat the American troops in Iraq.

The Mehdi Army militia is active in southern Iraq, Baghdad and Diyala province which is equipped with light and medium weapons. Its fighters in Baghdad are reportedly carrying heavy weapons and missiles which are believed to be delivered by Iran, which supports the majority of armed Shiite factions, local sources say.

According to the local sources, Army Mukhtar is a militia loyal to the Iraqi branch of Hezbollah, led by the cleric Wathic al- Battat, who also confirmed that the organization is an extension of the Lebanese Hezbollah. It is widely whispered in Iraq that Battat is loyal to Ali Khamenei. According to local media outlets, during an event last month he said that he would fight alongside Iranian troops if Iraq went to war with Iran.

It is estimated that the Army Mukhtar has about 40,000 fighters, most of whom are young people aged between 17 and 30, mainly located in the poor neighborhoods in Baghdad and southern Iraq. Army Mukhtar is also accused of receiving direct support from Iran as well, by local sources.

An armed faction modern incorporation that was declared by the Iraqi Shiite cleric Qasim Al-Tai during the outbreak of the revolution against the Syrian regime of Bashar al-Assad in 2011, to help Syrian regime forces.

The brigade is one of the first Shiite factions, which directly attended operations with the Syrian Army that were conducted against civilians in Syria. But local press reports and several intelligence spotted the faction's fighters withdrawing from Syria when Sunni insurgents - not ISIS - started to take the control in the northern and western provinces where the Sunni majority live in. It is reported by local media that the organization committed murders against innocent civilians living in western and northern cities of Iraq.
RELATED TOPICS