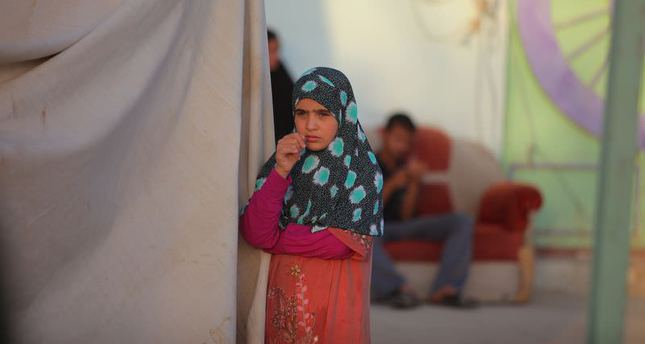 by AA Sep 21, 2014 12:00 am
More than 350,000 Turkmens, who have become asylum seekers due to the ongoing conflict in Iraq, are "in danger of starvation," according to a Turkmen MP from the Iraqi parliament.

"The number of Turkmen refugees has exceeded 350,000, and they are in danger of starvation because the government failed to financially support them," Nahla Sallamah said during a press conference Saturday in Iraq's capital, Baghdad.

250,000 of the asylum seekers were from the northern Turkmen-majority city of Tal Afar, the MP said.

Sallamah called on the government to pay the salaries of Turkmen civil servants as soon as possible.

The chaos created by militants with the self-proclaimed Islamic State of Iraq and al-Shma (ISIS) has so far displaced an estimated 1.2 million Iraqis from their homes. The group has mainly targeted Shia Muslims, Turkmens, Ezidis, and Christians.

The Iraqi army had failed to respond to a sudden offensive by ISIS in June, which led the group to take control of large swathes of land in the country, including Mosul province in the north.