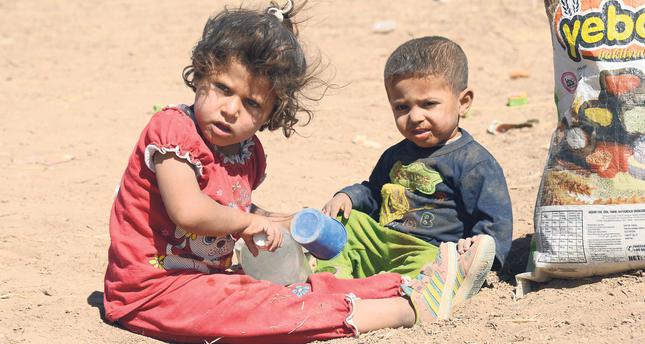 A muscle relaxant mixed with the measles vaccine caused by a 'very bad human error,' appears to be the reason for the deaths of 15 Syrian children, World Health Organization (WHO) claims, as the investigation continues

Regarding the deaths of the 15 Syrian children vaccinated as part of a measles vaccination campaign coordinated by the United Nations Children's Fund (UNICEF) and the World Health Organization (WHO), a muscle relaxant was said to have been mixed with the measles vaccine, while calling the situation "the biggest tragic incident of that kind" caused by "very bad human error," World Health Organization (WHO) spokesperson Christian Lindmeier said in a press briefing in Geneva on Friday. "On the day of vaccination itself, those were shipped to health facilities where the vaccines were mixed and then administered.

In the hub, apparently, the diluent had been kept in a fridge with a muscle relaxant, Atracurium, which is normally used for anesthesia. As the muscle relaxant, which contaminated the vaccines, was working according to weight, all the children who died were under the age of two, while the older ones survived although they had shown symptoms of diarrhea and vomiting," he stated, adding that the underlying reason of the subsequent deaths is still under investigation, as the WHO reported that three team were dispatched to clarify how this could have happened and who was responsible for the "very bad human error."

The Measles Task Force on the ground has been continuing the investigation and the campaign has been suspended for the time being.
Millions of conflict-affected Syrian children suffer from disrupted health services and unsanitary living conditions. A mass measles vaccination campaign for conflictaffected Syrian children has been monitored by UNICEF to contain measles outbreaks in the region and prevent the risk of measles spreading to neighboring countries. Due to the ongoing violent conflict in Syria, regular health services have been shut down and internal displacement has forced many children to live under unsanitary, overcrowded conditions on either inside of the country or refugee camps in neighboring countries.

Such conditions make them susceptible to killer diseases, as they have not been able to receive routine immunization. UNICEF launched a campaign to raise awareness of the importance of vaccinating children by targeting 2.4 million Syrian children with vaccines against killer diseases. Multiple immunization campaigns have taken place inside Syria and across the region due in part to the increasing number of Syrian refugees who have fled into neighboring Jordan, Lebanon, Iraq, Turkey and Egypt.

The monthly humanitarian situation report on Syria released on Aug. 15 said that 5,090,000 children were in dire need of help in Syria. A total of 1,518,749 Syrian children have registered as refugees or are waiting to receive refugee status. The deteriorating situation in Syria has led many Syrians to flee the war. Amid reports of the increasing bitterness of the situation in Syria, a record 3 million Syrians have fled the country, and a significant number of Syrians have been residing both inside and outside camps in Turkey, the second neighboring country with the highest concentrations after Lebanon with 1.14 million.