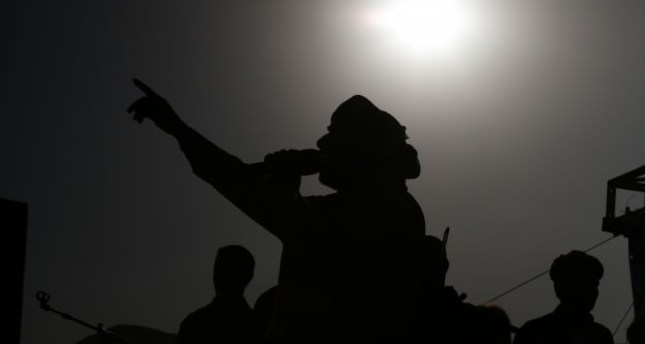 by Sep 24, 2014 12:00 am
Leader of a little-known militant group in Syria, known as Khorasan, was killed in a U.S. airstrike on Tuesday in Syria, milit sources confirmed on Wednesday.

Muhsin al-Fadhli, a Kuwaiti-born al-Qaida leader, was killed along with his wife and daughter in the raids that targeted several group sites in the northwestern province of Idlib, the sources, which have close links to al-Fadhli's family in Kuwait, told Anadolu Agency.

"It was obvious that Washington had set its eyes on al-Fadhli for some time now," one of the sources told AA, citing U.S. media reports quoting officials that Khorasan could pose a more direct threat to the United States than the militant Islamic State of Iraq and al Sham (ISIS) in Syria.

Al-Fadhli's reported death could not be verified by an independent source. No comment was issued by the Kuwaiti authorities or his family on the matter either.

American media reports quoted senior officials as saying that they believe Khorasan, a group of al-Qaeda veterans who have moved into Syria, was planning attacks in the United States and Europe.

The Pentagon said on Tuesday that the U.S. and partner nations had carried out airstrikes against the ISIS and other groups in Syria, including Khorasan.

The U.S. military said the group had "established a safe haven in Syria to develop external attacks, construct and test improvised explosive devices and recruit Westerners to conduct operations".

Gen. William Mayville, the director of operations for the Joint Chiefs of Staff, said that the group was in the "final stages" of plans to carry out major attacks against Western targets and possibly the U.S.

Earlier this month, U.S. President Barack Obama authorized the U.S. military to strike ISIL targets in Syria as part of a larger strategy to combat the militants.

This summer, ISIS captured large swathes of land in Iraq and Syria, later declaring the territories under its control an Islamic "caliphate."

Under a new strategy unveiled by Obama earlier this month, the U.S. plans to lead an international coalition against the militant group throughout Iraq and Syria.

Obama has asserted, however, that U.S. combat troops would not be deployed in Iraq to fight the group.