Obama calls on UN to dismantle 'network of death' 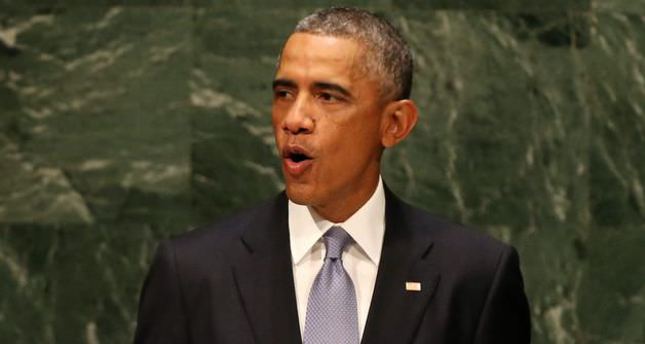 by Associated Press Sep 24, 2014 12:00 am
Declaring the world at a "crossroads between war and peace," President Barack Obama vowed Wednesday to lead a coalition to dismantle the ISIS militant group's "network of death" that has wreaked havoc in the Middle East and drawn the U.S. back into military action in the region.

Speaking to the annual gathering of the United Nations General Assembly, Obama said the U.S. would be a "respectful and constructive partner" in confronting the militants through force. But he also implored Middle Eastern nations to take the lead in addressing the conditions that have sparked the rise of extremists, including cutting off funding to terror groups.

"Ultimately, the task of rejecting sectarianism and extremism is a generational task a task for the people of the Middle East themselves," Obama said. "No external power can bring about a transformation of hearts and minds."

The president's remarks came against the backdrop of an expanded U.S. military campaign against the ISIS, with airstrikes now hitting targets in both Iraq and Syria. A coalition of five Arab nations joined the U.S. this week in the strikes in Syria: Bahrain, Jordan, Saudi Arabia, United Arab Emirates and Qatar.

The U.S. also opened another military front with airstrikes this week against a new al-Qaida cell that the Pentagon said was "nearing the execution phase" of a direct attack on the U.S. or Europe.

The threats have drawn Obama back into conflicts in the Middle East that he has long sought to avoid, particularly in Syria, which is mired in a bloody three-year civil war. It's a striking shift for a president who just months ago appeared to be on track to fulfill his pledge to end the U.S.-led wars he inherited in Iraq and Afghanistan.

Yet the militant threat in the Middle East is just one in a series of global crises that have tested Obama this year. Russia has repeatedly flouted warning from the U.S. and Europe to stop its threatening moves in Ukraine. And leaders in West Africa have criticized Obama for not doing more to help combat an Ebola outbreak that is believed to have infected more than 5,800 people in Liberia, Sierra Leone, Guinea, Nigeria and Senegal.
Last Update: Sep 24, 2014 5:55 pm
RELATED TOPICS