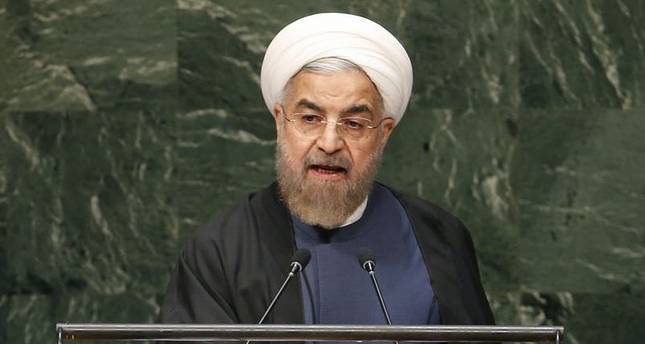 by Sep 25, 2014 12:00 am
Iranian President Hassan Rouhani told the United Nations on Thursday that the West had made "strategic blunders" in the Middle East and that moderates in the region should take a central role in countering extremism.

Just days after the United States extended air strikes against militants in Iraq to Syria, Rouhani warned: "improper interference in the developments in Syria are clear examples of this erroneous strategic approach in the Middle East."

"The strategic blunders of the West in the Middle East, Central Asia and the Caucasus have turned these parts of the world into a haven for terrorists and extremists," he told the General Assembly in New York.

Rouhani called for "moderate politicians and elites" in the Middle East to be the ones to "shoulder the responsibility of leadership to counter violence and terrorism. "And if other nations wish to take action against terrorism, they must come to their support," he added.

He also vowed that Tehran would continue talks on securing a nuclear deal in good faith with Western powers, warning against any delay on resolving the issue. "We are determined to continue negotiations with our interlocutors in earnest and good faith, based on mutual respect and confidence," he said. "Any delay in arriving at a final agreement only raises the costs."