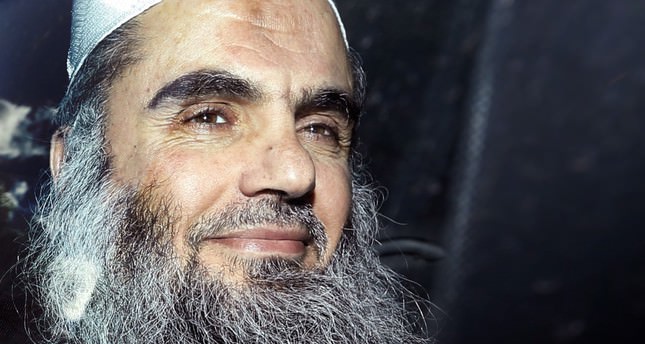 by Daily Sabah Sep 25, 2014 12:00 am
A Jordanian court on Wednesday made the decision to free the Muslim preacher Omar Othman, aka Abu Qatada, who was accused of carrying out terror activities. The State Security Court has found Abu Qatada not guilty of planning attacks against tourists visiting Jordan during the Millennium celebrations in 2000, according to an Anadolu Agency reporter who attended the court session. This was the last trial for Abu Qatada, who had already been exonerated of other terror charges in a separate trial in June. Abu Qatada is currently finalizing procedures for his release and he is expected to walk free later today, according to AA. Abu Qatada, who is known as a Salafi scholar, was granted asylum by the U.K. in 1994. Yet, he was deported last year. In December, the 54-year-old cleric was deported to Jordan to face charges in connection with past terrorist attacks in the Arab kingdom. In 1999, a Jordanian military court sentenced Abu Qatada to death in absentia for his role in several attacks, including one on the American School in the capital Amman the same year. The sentence was later commuted to life imprisonment with hard labor. Another Jordanian court later sentenced him to 15 years in prison for plotting the Millennium attack. Abu Qatada has now been cleared of all charges.