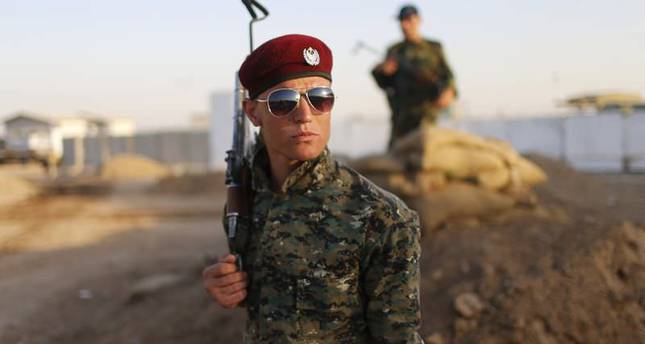 by Sep 25, 2014 12:00 am
Kurdish forces in northern Syria pushed back an advance by ISIS militants towards the border town of Kobani in overnight clashes, two Kurdish officials said on Thursday.

ISIS militants launched a fresh offensive to try to capture the Kurdish town of Kobani more than a week ago after months of fighting. About 130,000 Kurds have fled the town and surrounding villages, crossing over the nearby border into Turkey.

Officials said the ISIS militants had concentrated their fighters south of Kobani late on Wednesday and had pushed towards the town, but the Kurdish protection forces repelled them.

"The YPG (Kurdish fighters from the People's Protection Units) responded and pushed them back to about 10-15 km (6-9 miles) away," Idris Nassan, deputy minister for foreign affairs in the Kobani canton, told Reuters by telephone.

"As our fighters secured the area, we found 12 ISIS bodies," he said by telephone. ISIS (the self-proclaimed Islamic State of Iraq and al-Sham) militants also remain to the east and west of the town and fighting continues in the south.

Both men said they had also heard warplanes flying over Kobani late on Wednesday for the first time, but it was not clear exactly which areas they were targeting.

The Britain-based Syrian Observatory for Human Rights, which monitors the war, said eight YPG fighters had been killed in overnight clashes.